Cesc Fabregas shares picture with his partner and newborn son 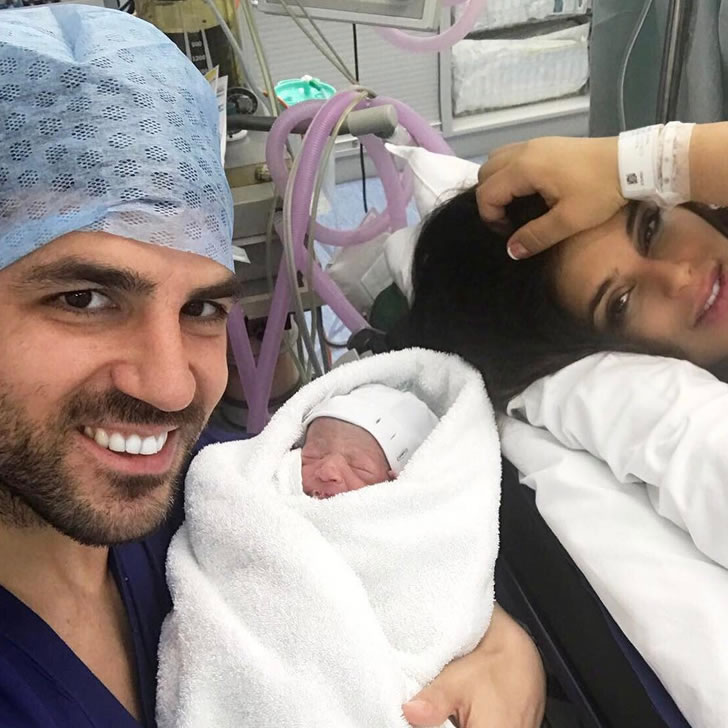 Cesc Fabregas has taken to social media to pose for a picture with his newborn son Leonardo.

Fabregas started that game and helped the Blues secure a 2-1 win over their title rivals to take another step towards wining the trophy.

And the 29-year-old took to social media on Thursday morning to share an adorable photo of the newest addition to his family.

Fabregas posted the picture above on Instagram and wrote the caption: “Tuesday night we welcomed our gorgeous boy, Leonardo Fàbregas Semaan to the world.

“A special Thank You to @daniellasemaan my love, for everything you have given me and being the bravest women on earth. I love you so much. Both mummy and baby are doing amazing. 👶🏻🎉❤️”

Fabregas and his partner Daniella Semaan currently have three children together, Lia, Capri and now Leonardo.

The former Arsenal captain will be hoping to feature for the Blues when they take on Bournemouth in the Premier League on Saturday evening.

Chelsea are currently seven points clear at the top of the Premier League table as they look to win the title in Antonio Conte’s first season at the club.