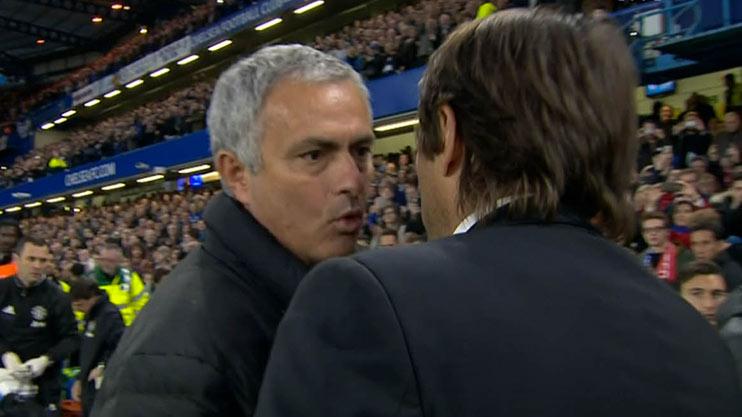 Antonio Conte has played down talk of any “conflict” with Manchester United manager Jose Mourinho ahead of Chelsea’s trip to Old Trafford on Sunday.

The pair appeared not to be getting on as they faced each other on the Stamford Bridge touchline twice this season.

Mourinho has watched his side lose twice to Chelsea at Stamford Bridge this season, once in a 4-0 thrashing in the Premier League and another 1-0 loss in the FA Cup quarter-finals last month.

However, Conte has insisted that there are no bad feeling between himself and the former Chelsea manager.

Speaking at his news conference at Cobham on Friday afternoon, Conte said: “I don’t see the problem, it is a sporting competition.

“He wants to win with his team, me with mine. It is only a sporting conflict.”

Chelsea are currently flying seven points clear at the top of the Premier League table heading into this weekend’s round of games.

Manchester United, meanwhile, are currently fifth in the top flight as they chase a top-four finish.