Claudio Ranieri reacts to Pedro’s performances for Chelsea this season 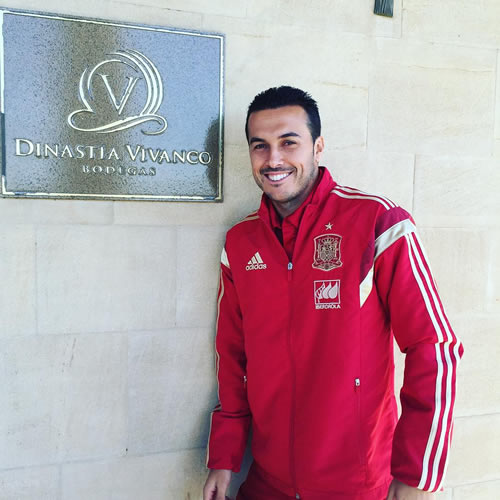 Claudio Ranieri has heaped praise on Pedro Rodriguez for the impressive form he has shown for Chelsea this season.

The Spanish winger has been a regular fixture in the Chelsea team this season and has earned plenty of praise for his performances for Antonio Conte’s men.

Indeed, Pedro has scored seven goals and made seven assists in the Premier League for the Blues this season to help Chelsea build a seven-point lead at the top of the table.

And former Leicester City boss Ranieri has been extremely impressed by what he has seen from Pedro this term, after the 29-year-old Spaniard struggled for consistent form last season.

Pedro will be expecting to feature for Chelsea when the Blues take on Manchester United in their next Premier League game on Sunday afternoon.

The west London side are currently flying seven points clear at the top of the table as they chase a top-four finish in Conte’s first season in charge at Stamford Bridge.