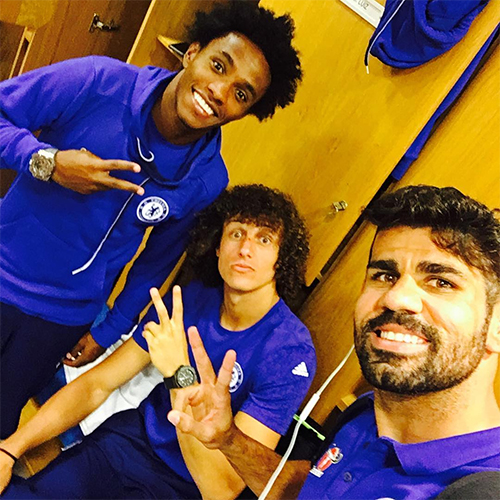 Danny Murphy heaped praise on Willian for his influential performance in Chelsea’s FA Cup win against Tottenham Hotspur at Wembley.

The Brazil international was handed a starting spot ahead of PFA player of the year nominee Eden Hazard for the last-four clash at the home of English football.

And Willian, who is looking to win the FA Cup for the first time, rewarded his manager’s faith with a free-kick in the opening five minutes to edge Chelsea into a first-half lead.

Harry Kane levelled the semi-final clash with a deft header before the South American forward restored Chelsea’s 2-1 lead from the penalty spot before half-time.

“There’s a freshness about them, especially Willian.

“He’s a fantastic player anyway. It’s only because of Pedro’s form and Eden Hazard that he’s not been playing.”

Chelsea are four points clear of Tottenham in the title race.

Paul Scholes: These games are my major worries for Man United