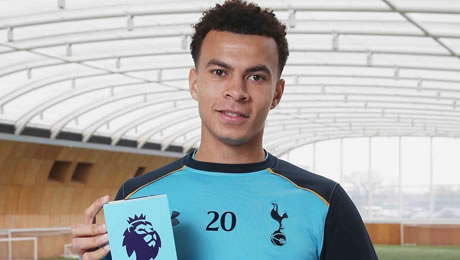 Frank Lampard has claimed that Dele Alli is not far behind Eden Hazard as the best player in the Premier League.

The England international has earned plenty of new admirers since breaking onto the scene under Mauricio Pochettino at Tottenham last season.

Alli has been one of Tottenham’s standout players this season and has scored 16 goals and made five assists in the Premier League for Spurs to help them up to second place in the table.

Hazard, meanwhile, is widely regarded to be one of the Premier League’s top attacking players and has scored 14 goals and made five assists to help Chelsea top the table.

Former Chelsea star Lampard is a huge admirer of Alli and says that the youngster is close to Hazard in terms of quality.

Speaking on Sky Sports’ Goals on Sunday, Lampard said: “We talk about Hazard being the best player in the league, I don’t think Dele Alli is that far away from him.

“Could he score more than me? He could do. Of all the midfield players I’ve seen who scores goals, he’s the one who is the best at it.”

Chelsea are currently preparing for their Premier League clash against Manchester United at Old Trafford on Sunday as they look to take a step closer towards the title.

Pundit predicts where Liverpool will finish this season