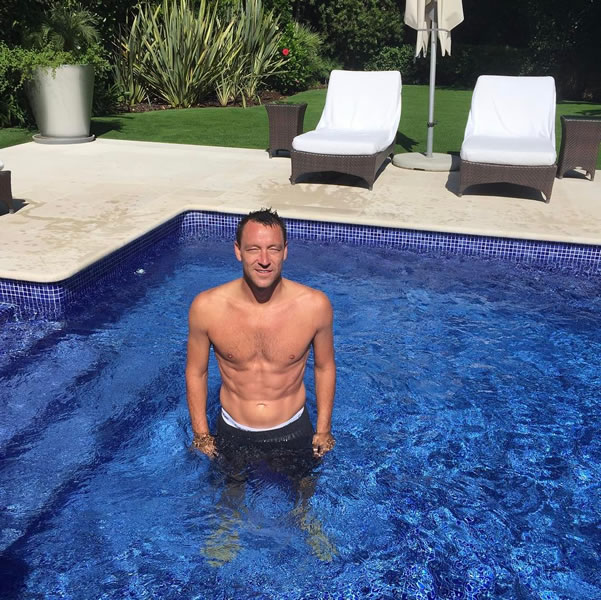 Frank Lampard has heaped praise on John Terry for the professional attitude he has shown this season at Chelsea.

The veteran defender has found his playing time at Chelsea to be severely restricted this season under new boss Antonio Conte.

Indeed, Terry has only made four Premier League starts for Chelsea this term since Conte’s appointment at Stamford Bridge last summer.

It remains to be seen whether Terry will stay at Chelsea beyond the summer, with his current deal set to expire at the end of the season.

And former Chelsea star Lampard has been thoroughly impressed by Terry’s professionalism this season.

Speaking on Sky Sports’ Goals on Sunday, Lampard said: “Is he happy? Well, yes and no. He’s obviously not happy because we know what John is like, he wants to play, but I actually spoke to him a couple of days ago at the training ground.

“I said to him what a credit he is, the way he’s been this year. With his age, and his stature at the club, he could either sit back, not travel and just look to the future, kick up and fuss or whatever.”

Chelsea are now preparing for their crunch Premier League clash against Manchester United at Old Trafford on Sunday.

The Blues are currently seven points clear at the top of the Premier League table as they chase the title in Conte’s first season in charge at the club.

Glenn Hoddle: What I really think about Tottenham this season