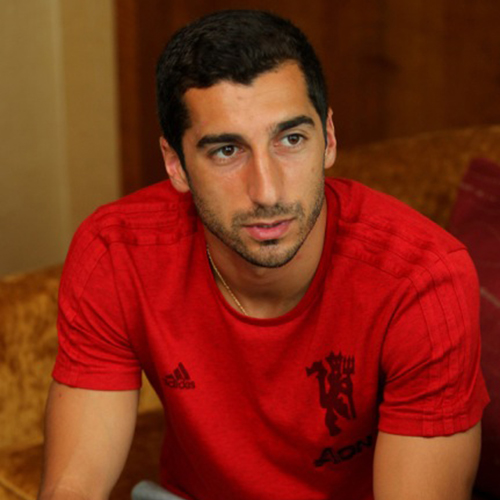 Henrikh Mkhitaryan has revealed that he regularly had to deal with doubters as he was trying to make it as a young player.

The Armenia international has earned plenty of praise for the form he has shown for Manchester United in recent weeks following his transfer to Old Trafford from Borussia Dortmund last summer.

Mkhitaryan initially struggled to make much of an impact at Old Trafford following his move but has been in much improved form since the turn of the year.

Indeed, the playmaker was amongst the scorers as Manchester United secured a 3-0 win over Sunderland in the Premier League last weekend.

However, the midfielder has explained how he was constantly doubted as a youngster as he tried to make it as a professional footballer.

Mkhitaryan told Inside United: “I can say that most people did not believe in me.

“They were just laughing and thinking that what I used to say was crazy and I would not reach this level.”

Mkhitaryan will be hoping to feature for Manchester United when the Red Devils return to Europa League action with a crunch clash against Anderlecht on Thursday night.

Pundit predicts where Man United and Liverpool will finish