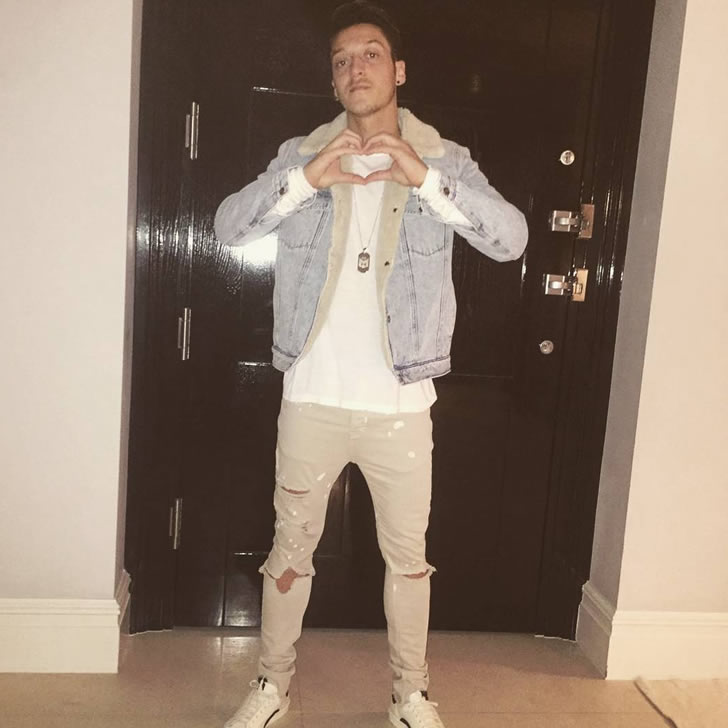 Arsene Wenger insists it isn’t the right time to discuss Mesut Ozil’s future ahead of Arsenal’s trip to Middlesbrough on Monday night.

The Arsenal midfielder has less than 15 months remaining on his current Gunners deal amid growing uncertainty surrounding the future of their club-record signing.

Ozil has held contract negotiations with Arsenal but the Germany international hasn’t put pen to paper on a new deal despite previously declaring his affection for the club.

The World Cup winner has struggled to replicate his stellar performances from the 2015-16 season after a disappointing return of six goals and six assists in 30 appearances in the Premier League.

Wenger’s future has also been a source of relentless debate with his current deal set to expire at the end of the campaign, although the manager is reported to have been offered a two-year contract extensions.

The Arsenal manager was asked about Ozil’s future during his pre-match media conference on Friday afternoon ahead of Arsenal’s trip to Middlesbrough in the Premier League on Monday night.

Wenger said: “In the final part of the season, with eight games to go, it’s difficult when you get distracted We have to focus on the right things. In the summer, you have a longer period for the club to negotiate and plan the future.”