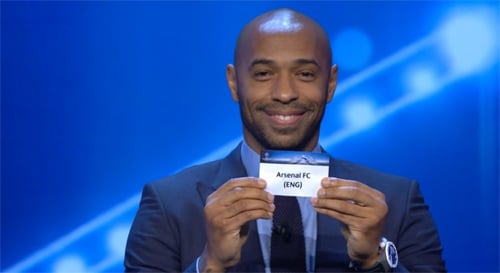 Mbappe scored in both legs of Monaco’s aggregate win against Premier League side Manchester City in the Champions League last 16 last month.

The 18-year-old continued his excellent form in Europe’s premier club competition with a brace in Monaco’s 3-2 win against Borussia Dortmund in the first leg of their Champions League last-eight clash.

Unsurprisingly, Mbappe has been linked with a potential move to the Premier League this summer with Chelsea and Manchester United reported to be interested in the newly-capped France international.

While Mbappe has been likened to Henry, former Arsenal defender Keown believes the Monaco starlet shares more attributes with Anelka.

“We had Anelka at Arsenal when he was 17 and it is truly amazing when you see someone so talented that young. I get the same feeling watching Mbappe,” Keown wrote in his Daily Mail column.

Mbappe has found the net four times in six games in the Champions League this term.

The Monaco teenager has also netted 12 times and made five assists in 22 games in Ligue 1.