Sol Campbell: Why this player will score in Tottenham v Arsenal 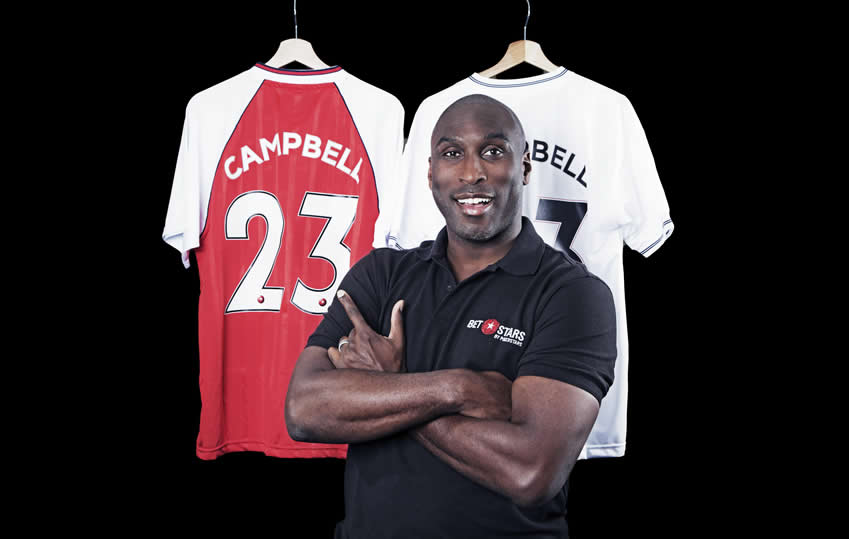 The Gunners head into the game fresh from having secured their third victory in a row in all competitions thanks to a 1-0 win over Leicester City on Wednesday night.

Tottenham, meanwhile, have been in superb form this season and are currently Chelsea’s closest challengers in the race for the Premier League title.

Spurs are second in the table and four points behind Chelsea but know that gap could be seven points by Sunday, as the Blues take on Everton in the day’s earlier kick-off.

However, despite Tottenham having won nine of their last 10 Premier League games, former defender Campbell is expecting to see Arsenal snatch a 2-1 win at White Hart Lane, with Sanchez finding the net.

“I think Arsenal could surprise a few people and come back with a 2-1 win,” said Campbell, speaking to BetStars. “Getting to the FA Cup final has given confidence to the whole team and everyone connected with Arsenal.

“Tottenham have been excellent from the back to the front this season. Everybody knows how to play. I think they should’ve performed better against Chelsea in the FA Cup semi-final. That will have put a seed of doubt in the back of their minds, which will be playing on them.

“I think Sanchez will score. He’s been excellent this season. The way he’s playing, the ball just seems to be bouncing for him in all sorts of positions. He’s in the right positions to tuck them away as well.

“Arsenal have to win all their games to make a fist of it and go for that fourth spot. But I think they can do it.”

Arsenal are currently sixth in the table heading into this weekend’s round of games.

Frank Lampard: Man United wouldn’t be challenging for top four without this player