Sol Campbell: I’m worried about this Arsenal star, he could leave 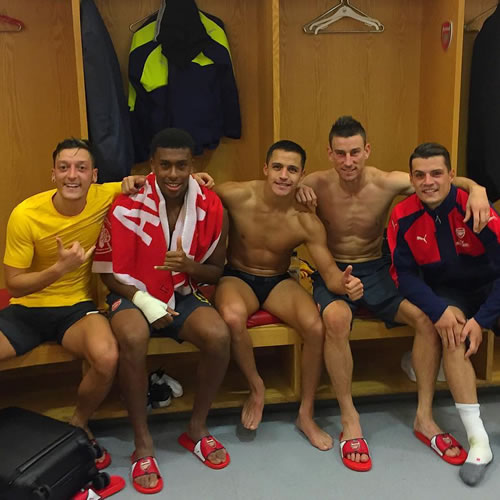 Sol Campbell has warned Arsenal that there is a real possibility that Alexis Sanchez could leave The Emirates at the end of the season.

Arsenal have been embroiled in contract negotiations with Mesut Ozil and Sanchez throughout the 2016-17 Premier League season.

Ozil and Sanchez have less than 14 months remaining on their current deals, which has prompted talk of a move away from The Emirates in the summer.

The Chile international has been heavily linked with a move to Premier League leaders Chelsea in the summer transfer window.

Sanchez was reported to have fallen out with Arsene Wenger earlier this season after the Arsenal boss dropped the South American to the bench in their 3-1 loss at Liverpool.

Campbell believes Ozil will remain at the north London club beyond the summer, but the Arsenal legend is worried about Sanchez’s future.

“I’d like to see them both stay at Arsenal but obviously, the contract talks have stalled,” Campbell told BetStars.

“It’s big money and that type of money takes a long time. I think Ozil will probably sign if the contract is right. It’s getting increasingly nervy with Sanchez.

“There will be big money on the table for him to leave Arsenal because he’s excellent. He will probably feel like it’s taken them too long to come to an agreement, so it’s a real possibility that he could go.”

Sanchez has scored 19 goals and has made nine assists in 32 games in the Premier League this season.

The Germany midfielder has netted seven times and has created six goals for his team-mates.

Michael Owen: Why this player will score for Chelsea at Everton