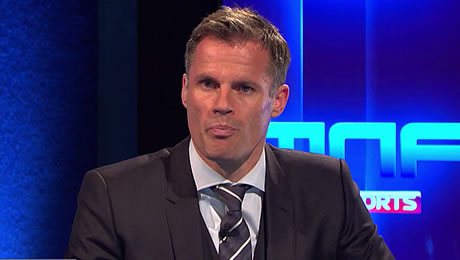 Jamie Carragher has admitted that he considers John Terry to be the best defender in Premier League history.

The veteran Chelsea defender announced on Monday that he would be leaving Stamford Bridge at the end of the season after a sparkling career in west London.

Terry has found his first-team opportunities to be severely restricted this season since Antonio Conte’s appointment as the club’s new manager last summer.

The 36-year-old has only made four Premier League starts for Chelsea this season as he has been forced to watch from the sidelines for much of the campaign.

It remains to be seen where Terry will be playing his football next season but Liverpool legend Carragher is full of admiration for the veteran defender.

Speaking on Sky Sports’ Monday Night Football, Carragher said: “For me, he’s the best centre-back in the Premier League era.

“An absolute legend and he’ll certainly go down as Chelsea’s greatest player. He’s one of the greats of the Premier League era and number one for me.”

Terry will be hoping to be involved when Chelsea take on Tottenham Hotspur in their FA Cup semi-final clash at Wembley on Saturday evening.

Charlie Nicholas: Why this Man United star will score against Anderlecht