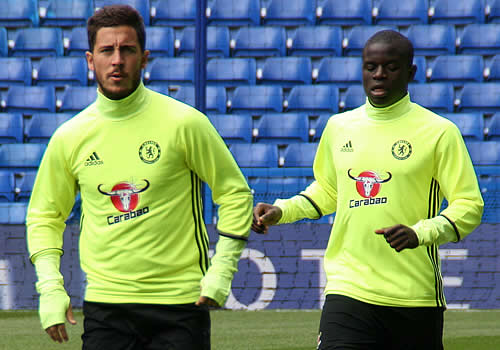 Garth Crooks has warned Antonio Conte that it is imperative Chelsea keep Eden Hazard if the Italian wants to build a team capable of winning the Champions League.

The Belgium international has rediscovered his best form in the 2016-17 season after a disappointing campaign under Jose Mourinho and Guus Hiddink last term.

Hazard scored Chelsea’s second goal in a 3-1 win against Bournemouth in the Premier League on Saturday evening to secure three points for the Blues on the south coast.

Hazard has been linked with a big-money move to La Liga giants Real Madrid at the end of the season following his spectacular campaign in the Premier League.

Former Spurs legend Crooks has warned Conte that Chelsea can ill-afford to lose Hazard if the Blues harbour any ambitions of winning the Champions League next term.

“If David Luiz’s presence at Chelsea is central to any future Champions League campaign, then Eden Hazard is imperative,” Crooks told BBC Sport.

“Real Madrid will know all about Hazard’s potential but will most certainly have noted his form this season. This is without doubt his best season in the Premier League. His performance against Bournemouth was wonderful to watch.”

Crooks added: “So it is crucial that Chelsea boss Antonio Conte removes the rumours circulating the game about his possible return to Italy and starts focusing on the Champions League with Chelsea next season. That must be the next stage in Chelsea’s development.”

Hazard moved to Chelsea in a big-money deal from Ligue 1 side Lille in the 2012 summer transfer window.

Chelsea are seven points clear of their closest title rivals Tottenham Hotspur with seven games to go as the title race hots up.