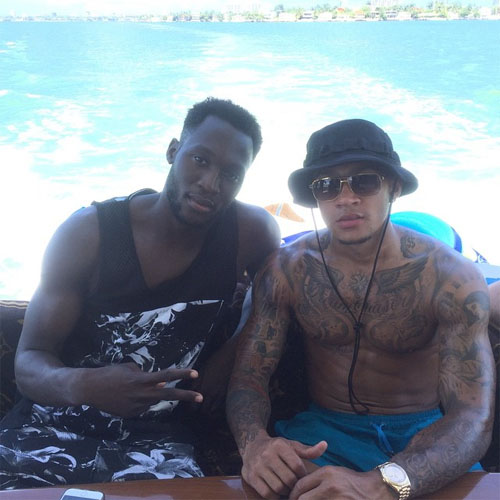 The Belgium international’s future has been a source of relentless speculation throughout the 2016-17 campaign following the centre-forward’s prolific form in the Premier League.

Chelsea are reported to be interested in bringing their former striker back to Stamford Bridge as Antonio Conte looks to bolster his attacking options at the west London club.

Manchester United have been touted as another potential destination for the Belgium striker despite Jose Mourinho taking over the reins back in May 2016.

Lukaku has scored 21 times in 28 games in the Premier League this season which has left the powerful striker at the top of the goal-scoring charts.

Speaking to The Sun about Lukaku’s future, former Arsenal striker Wright tipped the Everton star to secure a move away from Goodison Park in the summer transfer window.

“I think we will hear a lot about Lukaku in the summer. It depends what the bids are. If someone comes in big, it’s going to turn him. I feel that he wants to go. I genuinely think that,” Wright said.

Lukaku moved to Everton in a big-money deal from Chelsea back in the 2013 summer transfer window.

The Belgian star failed to score a goal for Chelsea before his move to Everton.