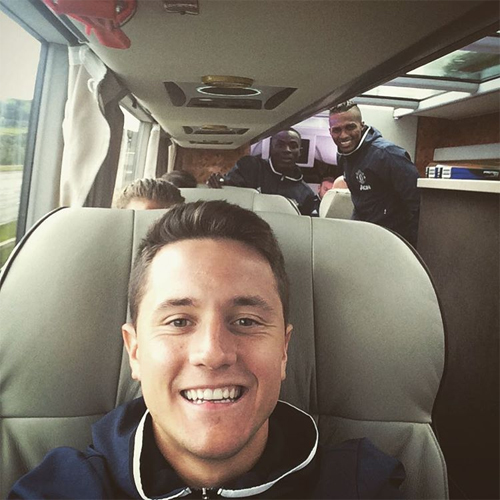 The Red Devils welcomed the Premier League leaders to Old Trafford in Sunday’s late kick-off at Old Trafford as Jose Mourinho’s side looked to beat Chelsea for the first time in three attempts.

Herrera was tasked with marking Chelsea’s most-dangerous player Hazard during the Premier League clash after the forward’s return of 14 goals in 30 games in the 2016-17 season so far.

And the Spain international managed to keep the Belgium international quiet as well as tee up Marcus Rashford for the opening goal before getting on the score sheet in the second half.

Herrera, unsurprisingly, won the man of the match award for his performance in Manchester United’s 2-0 win against Chelsea after his contribution both going forward and defending his own goal.

Writing in his BBC Sport column about Herrera’s performance, former Spurs legend Crooks likened it to a display that he witnessed in the 1982 World Cup final.

“Luck plays a part in most football matches and it could be argued Herrera had a large slice of it with the suspected handball that took the pace off an attempted Chelsea pass, allowing the Spaniard to produce a world-class through ball for Marcus Rashford to score,” Crooks said.

“His deflected second-half goal, which gave keeper Asmir Begovic no chance, was the final body blow for Chelsea – there was no way back for the Blues after that.

“However, it was Herrera’s dominance over Hazard that set the tone for United’s victory. Not since Italy defender Claudio Gentile outwitted Brazil legend Zico at the 1982 World Cup have I seen a marker nullify a top-class player so completely.”