Ander Herrera: This performance convinced Man United to sign me 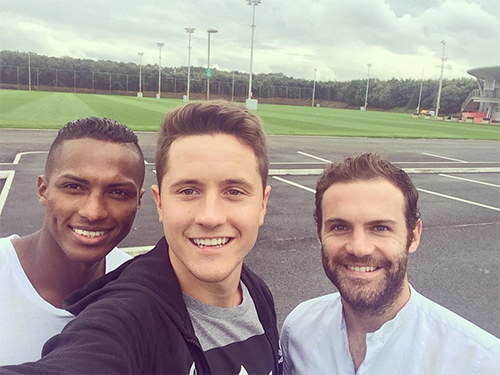 The Spain international produced an influential display in Bilbao’s 3-2 victory over Manchester United in the Europa League back in 2014.

Herrera made an assist for the Spanish side’s third goal at Old Trafford after dominating possession against the 20-time English champions.

A matter of months later, the holding midfielder completed a reported £29m move to Manchester United from the La Liga side under Louis van Gaal.

The Manchester United star has produced some of his best performances under Jose Mourinho in what has been a mixed 2016-17 season for the Red Devils.

Speaking to Unscriptd, Herrera explained what he believes convinced Manchester United to sign the Spanish playmaker.

“I played a fantastic game, maybe one of the best in my career,” Herrera said.

“We beat United 3-2 at Old Trafford, played a fantastic game. But that day, I didn’t say it to anyone, I told you, but I realised one day maybe that was going to happen, I was going to put the red shirt on and enjoy Old Trafford.”

Manchester United will take on Spanish side Celta Vigo in the Europa League semi-finals.

Gary Neville: What has impressed me about Man United defence