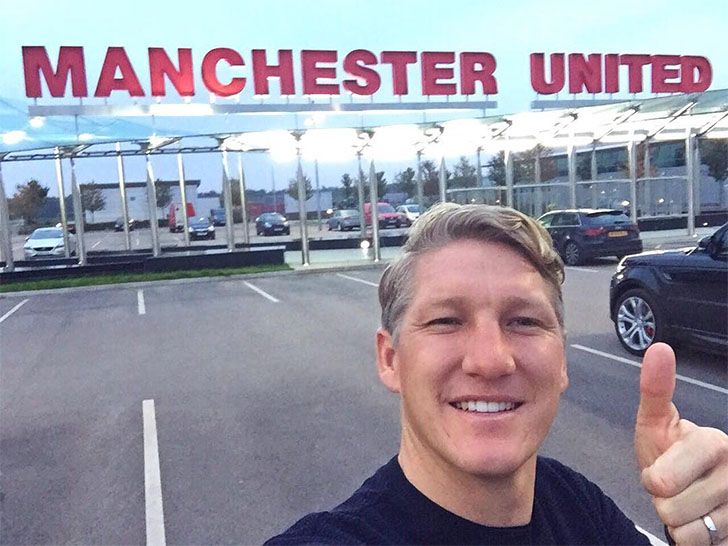 Bastian Schweinsteiger is optimistic that Manchester United will finish in the Premier League’s top four this season.

The midfielder moved to Major League Soccer side Chicago Fire from Manchester United after struggling to secure a regular starting spot in Jose Mourinho’s side.

Schweinsteiger won the EFL Cup and the FA Cup during his two-season stay at the 20-time English champions following a move to Bundesliga outfit Bayern Munich in the 2015 summer transfer window.

The World Cup winner was initially out-of-favour under the Portuguese coach before the defensive midfielder’s commitment in training convinced Mourinho to change his mind about Schweinsteiger.

Manchester United were 3-0 winners against Sunderland at the Stadium of Light on Sunday afternoon following goals from Zlatan Ibrahimovic, Henrikh Mkhitaryan and Marcus Rashford.

“I hope the best for United. I hope they can qualify for Champions League. I’m always watching whenever they play and I hope that they’re going to win.”

Schweinsteiger moved to Manchester United in a £6.7m deal from Bayern Munich under Louis van Gaal in 2015.

Pundit: Man United’s one problem ahead of Chelsea clash

Pundit sends warning to Arsenal about Tottenham ahead of derby clash