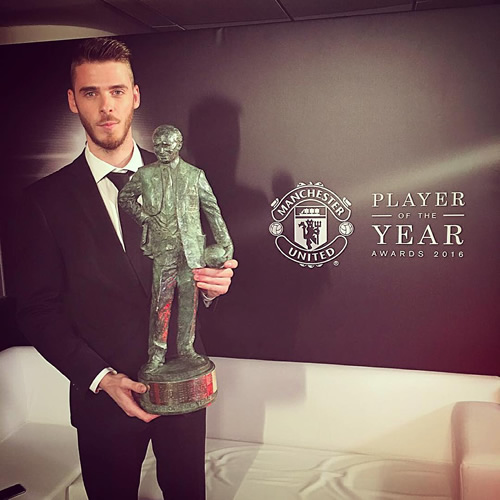 The Red Devils have managed to keep the Spain international despite their disappointing performances in the Premier League under David Moyes, Louis van Gaal and Jose Mourinho.

Real Madrid have previously shown interest in De Gea before a proposed transfer fell through on the final day of Spain’s summer transfer window in 2015.

Los Blancos are thought to be ready to test Manchester United’s resolve again this summer as the Red Devils face the prospect of missing out on a top-four finish.

Chelsea number one Courtois is reported to be another target for the Champions League holders as Zinedine Zidane looks to bolster his goalkeeping options.

Former Manchester United assistant manager Giggs explained why De Gea secures a place in his Premier League team of the year ahead of Courtois and Tottenham Hotspur captain Hugo Lloris.

“He is the best goalkeeper in the Premier League, and although Courtois and Lloris have kept more clean sheets, I would still take De Gea on his ability to pull off the game-changing save,” Giggs told the Daily Telegraph.

Manchester United will host Chelsea in the Premier League on Sunday afternoon.

Jamie Redknapp sends message to Man United ahead of Chelsea