Jamie Redknapp sends message to Man United ahead of Chelsea 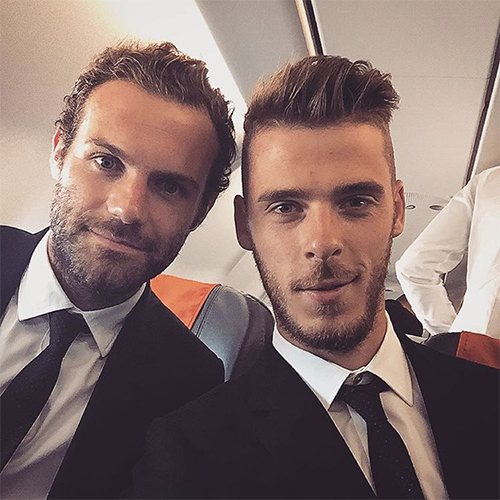 The Red Devils are remarkably unbeaten in the Premier League since a 4-0 loss to Chelsea at Stamford Bridge back in October.

However, Manchester United’s run of 21 games unbeaten hasn’t translated to a place in a top four due to their run of disappointing stalemates at Old Trafford.

Indeed, the 20-time English champions have succumbed to eight home draws this season to undermine their top-four challenge in their first campaign under Jose Mourinho.

Manchester United are a staggering 18 points behind current leaders Chelsea ahead of the visit of Antonio Conte’s side at Old Trafford on Sunday afternoon.

Speaking to Sky Sports about Manchester United’s frustrating performances under Mourinho in recent months, Redknapp explained how the Red Devils can improve the mood around the club.

“Manchester United may be 21 games unbeaten but they need what I would call a ‘blue-chip’ win against the likes of Chelsea.

“There’s not a lot of joy in United’s play at the moment, and the number of draws they’re picking up from matches they should be winning is becoming a frustration. United have always created those big moments in big games but right now they’re struggling to do that.

“I still think there’s a bit of an identity crisis there with how they play – is Marouane Fellaini going to be their midfield maestro for years to come? No. Mourinho, though, is still searching for his best team. I don’t think they’re anywhere near it at the moment.”

Chelsea have already beaten Manchester United on two occasions in the 2016-17 season thanks to a 4-0 win in the league before a 1-0 victory in the FA Cup quarter-final last month.