Lee Sharpe: This Man United star has been treated harshly 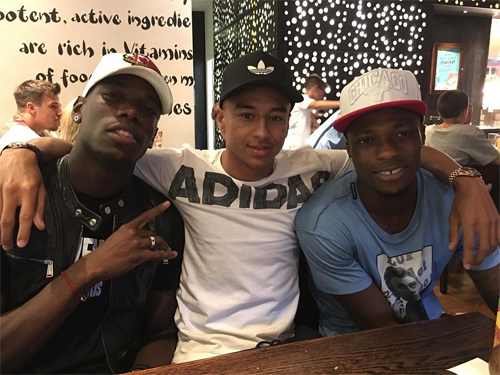 The England international signed a new four-year contract with the Red Devils earlier this month which is reported to be worth £75,000-a-week at Old Trafford.

Lingard’s pay packet will rise to £100,000-a-week if the versatile midfielder helps Manchester United to qualify for the Champions League.

The 24-year-old midfielder has scored one goal and has made two assists in 20 appearances in the Premier League this season.

Lingard has been criticised by some Manchester United supporters for ineffective performances under Jose Mourinho throughout the campaign.

However, former Manchester United midfielder Sharpe believes that Lingard isn’t valued by the club’s supporters despite breaking through from the club’s youth ranks.

“I think Lingard has been harshly treated and criticism is unfair. He’s been a loyal servant of the club since he was a young lad,” said Sharpe, speaking exclusively to 888sport.

“He’s played a number of games this season and though he’s not played regularly he’s still young and the manager has chopped and changed a lot anyway. Every time he’s come in he’s done a decent job and he deserves his new contract.”

“It’s funny because everybody always says that their club needs young talent but when they do come through and they’re rewarded for their loyalty and good performances people have a pop at them. Which is a shame because we want to see more young lads come through and especially at United and especially with Jose Mourinho who is not renowned for bringing lads through.”

Lingard has scored five goals and has made three assists in 31 appearances in all competitions in the 2016-17 season.

Manchester United are in fifth place in the Premier League table ahead of their derby clash against Manchester City at The Etihad on Thursday night.

Read the full 888sport interview with Lee Sharpe, including his thoughts on how Jesse Lingard has been harshly treated by fans.

Lee Dixon: What really impressed me about Cesc Fabregas in Chelsea’s 4-2 win