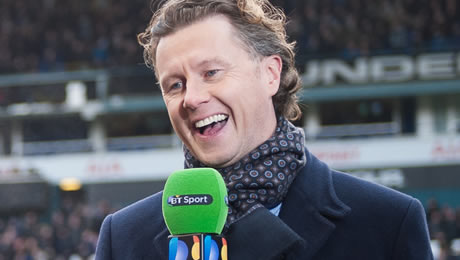 Steve McManaman has warned Manchester United against prioritising the Europa League as the season reaches its climax.

The Red Devils booked their place in the semi-finals of the European competition by beating Anderlecht last week and set up a clash with Celta Vigo for a place in the final.

Manchester United also kept their hunt for a top-four finish alive on Sunday when they beat Burnley 2-0 to move to within one point of fourth-placed Manchester City.

However, McManaman has warned the Red Devils against putting the Europa League first and pointed to Liverpool’s disappointing end to last season, when they finished eighth and were beaten in Europe’s second tier club competition.

“The last four or five games of the season petered out while they rested players for the Europa League final. They didn’t win that and they finished eighth in the end.”

Manchester United are currently gearing up for their crunch Premier League clash against bitter local rivals Manchester City at The Etihad on Thursday night.

The Red Devils will move above Pep Guardiola’s men if they win that game.