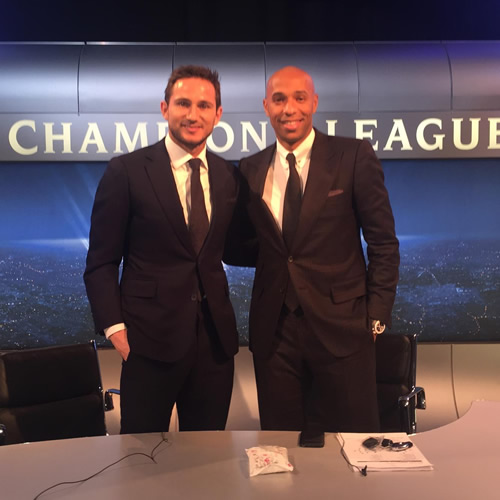 Frank Lampard admits he has been impressed with Marcus Rashford’s fearlessness in the Manchester United side.

The teenager has found his first-team opportunities limited this season following the summer arrival of Zlatan Ibrahimovic from Paris Saint-Germain champions on a free transfer.

Manchester United have relied heavily on the goals of Ibrahimovic despite Rashford’s impact in the 2015-16 campaign.

However, the club’s leading goal-scorer suffered a season-ending knee injury in a 2-1 win against Anderlecht which means Rashford will now play a key role in getting Manchester United over the line in the top-four race.

The 19-year-old striker scored eight times in 18 games in all competitions under Louis van Gaal last term, and the England international has already surpassed that tally despite having limited game time.

Speaking to Sky Sports about the Manchester United striker ahead of Thursday night’s derby at the Etihad Stadium, Chelsea’s record goal-scorer Lampard said: “He seems a very down-to-earth lad and fans will always have an affiliation with the local lads coming through.

“You don’t hear too much about him, he’s not flashy, he just does his job.

“There’s a real fearlessness about him. When we saw him play against Chelsea two weeks ago he was not scared. He has been a revelation for them in the last few weeks. If he carries on, he can take them to the places they want to be this year.”

Manchester United will take on La Liga side Celta Vigo in the first leg of the Europa League semi-final next month.