Paul Pogba enjoys the pressure of playing for Manchester United, according to Roberto Martinez 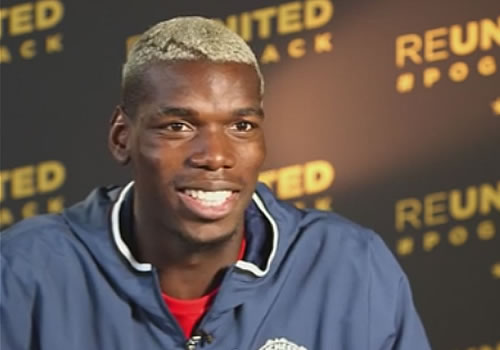 Roberto Martinez believes Manchester United haven’t seen the best of Paul Pogba but is confident the midfielder will thrive under the pressure.

The France international moved to Manchester United in a world-record £89m deal from Serie A side Juventus back in the 2016 summer transfer window.

Pogba has scored four goals and has made three assists in 27 appearances in the Premier League in the current campaign.

The world-record signing has struggled to have a consistent impact on Premier League games which has led to criticism of the versatile midfielder.

Manchester United will host Chelsea at Old Trafford on Sunday afternoon as Pogba comes up against their former manager Antonio Conte at Old Trafford.

Belgium head coach Martinez, who left Everton at the end of the 2015-16 season, delivered his verdict on Pogba ahead of Manchester United’s home clash against Chelsea.

“I think we haven’t seen the best of him yet because the Premier League is a really tough league. He knew the British game and was brought up at Manchester United and from a mental point of view I think he enjoys the pressure,” Martinez told BT Sport.

Manchester United drew 1-1 with Anderlecht in the first leg of their Europa League quarter-final on Thursday night.