Thierry Henry: What I like about Man United star Marcus Rashford 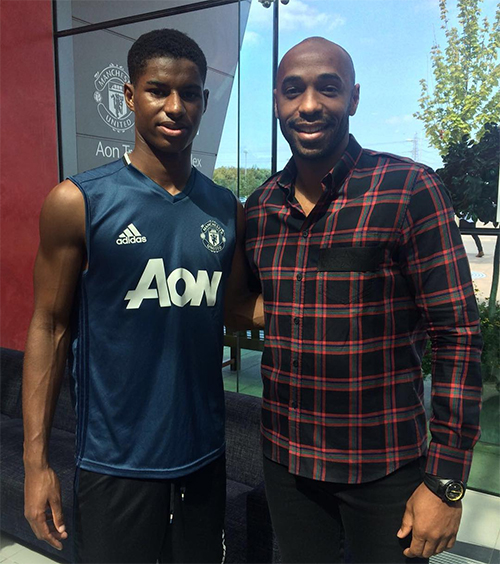 Thierry Henry has revealed that he is a big admirer of Manchester United striker Marcus Rashford.

The 19-year-old striker has managed to established himself as a regular fixture in Jose Mourinho’s starting line-up in the past couple of weeks.

Rashford scored Manchester United’s extra-time winner in a 2-1 victory over Anderlecht to book their place in the Europa League semi-final.

The 20-time English champions will have to rely on Rashford to help fire them over the line in the top-four race after Zlatan Ibrahimovic’s season-ending knee problem.

“He never gives up, even when they’re losing he’s still chasing stuff. At 19 years old, his desire is second to none. It’s great for Manchester United.”

Rashford has scored 11 times in 48 games in all competitions during a hectic campaign for the 13-time Premier League winners.

Manchester United will take on Celta Vigo in the Europa League last four.