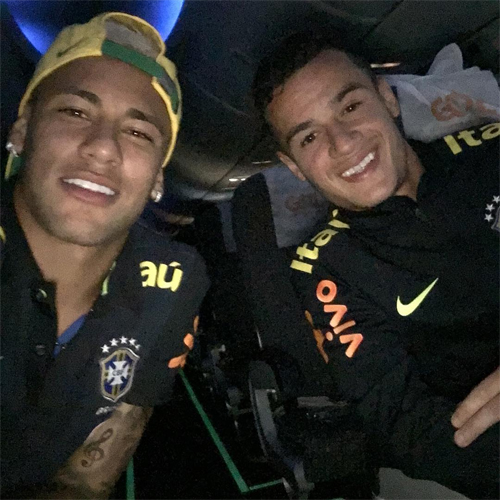 The Brazil international has been linked with a potential world-record move to Manchester United at the end of the season.

Indeed, the Red Devils have been linked with an eye-watering £170m deal for the Champions League winner.

Neymar scored a hat-trick in Barcelona’s 5-1 win against Ligue 1 side Paris Saint-Germain in the Champions League last 16 in March.

The Brazilian forward has scored nine goals and has made 10 assists in 26 appearances in all competitions this season.

“He’s enjoying himself, he’s growing and has got Lionel Messi and Luis Suarez playing with him.

“Barcelona will have the enthusiasm of a new coach and players next season, so there’s no reason for him to go at this stage.”

The Red Devils are in fifth place in the Premier League table and four points behind Manchester City in the race to secure a Champions League spot.