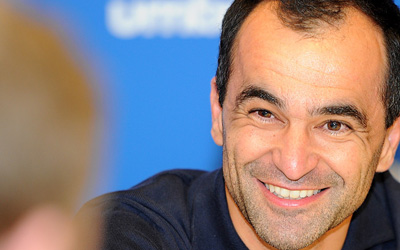 The Red Devils played out a frustrating 1-1 draw with Anderlecht in the first leg of their Europa League quarter-final in Belgium on Thursday night.

Armenia international Henrikh Mkhitaryan broke the deadlock in the first half before Leander Dendoncker levelled in the 86th minute ahead of the return leg at Old Trafford.

Manchester United signed Eric Bailly, Zlatan Ibrahimovic, Henrikh Mkhitaryan and Paul Pogba in the summer transfer window following the appointment of Jose Mourinho back in May.

The Red Devils signed Pogba in a world-record deal from Serie A champions Juventus in an £89m deal and Manchester United have been linked with more big-money deals this summer.

“They have the spending power to do it – but there is not much wrong.

“Every season in the Premier League you have to improve your squad otherwise you’re always going to have three or four teams getting ahead of you.”

Manchester United are in fifth place in the Premier League table and four points behind Manchester City who occupy the final Champions League spot.

Ian Wright sends warning to Arsenal ahead of Middlesbrough clash