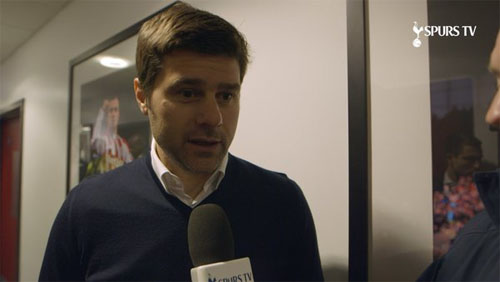 Ian Wright has declared that Tottenham Hotspur are the most impressive team in the Premier League on current form – not leaders Chelsea.

Tottenham are putting Chelsea under pressure in the title race after Spurs closed the gap to seven points last weekend thanks to a 2-0 win against Burnley at Turf Moor as the west London side lost 2-1 to Crystal Palace.

Mauricio Pochettino’s side managed to avoid a disaster on Wednesday night after coming from 1-0 down with two minutes of normal time to play to secure a 3-1 victory over Swansea City thanks to goals from Dele AllI, Son Heung-min and Christian Eriksen.

Chelsea maintained their lead at the top thanks to a close-fought 2-1 win against Manchester City at Stamford Bridge, though.

Spurs have the chance to move to within four points of the leaders if Tottenham beat Watford in the early kick-off on Saturday before Chelsea take on Bournemouth on the south coast in the evening.

Speaking to The Sun Goals podcast, former Arsenal striker Wright explained why he considers Tottenham to be the best team in the Premier League at the moment.

“Tottenham are the most impressive side in the Premier League at the moment,” Wright said.

“They’ve got the bit between their teeth. The Burnley result went under the radar. Tottenham went there and beat them comfortably. The Swansea result showed fight and determination. It showed everything they need to chase a team down.”

Tottenham were 2-1 winners against Chelsea at White Hart Lane earlier this year, although Spurs lost 2-1 to the west London outfit at Stamford Bridge in the first half of the season.