Crystal Palace striker Christian Benteke will score against Liverpool on Sunday afternoon, according to Don Goodman 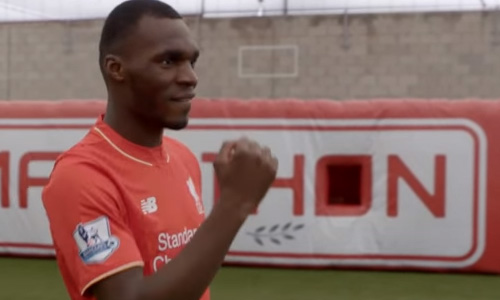 Christian Benteke will score for Crystal Palace against Liverpool at Anfield on Sunday afternoon, according to Don Goodman.

Jurgen Klopp made the decision to sell Benteke to Crystal Palace in last summer’s transfer window after deeming the centre-forward surplus to requirements at Anfield.

Benteke netted 10 times in 42 games in the 2015-16 season under the former Borussia Dortmund coach after Klopp’s predecessor Brendan Rodgers signed the striker from Aston Villa.

The Belgium international has netted 14 times in 34 appearances in all competitions in his first season at Selhurst Park.

Liverpool will be looking to further cement their place in the top four on Sunday afternoon when Klopp’s side host Palace at Anfield in the Premier League.

“I think he may score against Liverpool. I don’t think Jurgen Klopp will regret his decision,” Goodman said.

Liverpool lost 2-1 to Palace at Anfield in the Premier League last season, although the Eagles have since changed managers after Sam Allardyce replaced Alan Pardew.

Pundit reveals concern about Arsenal ahead of Man City clash