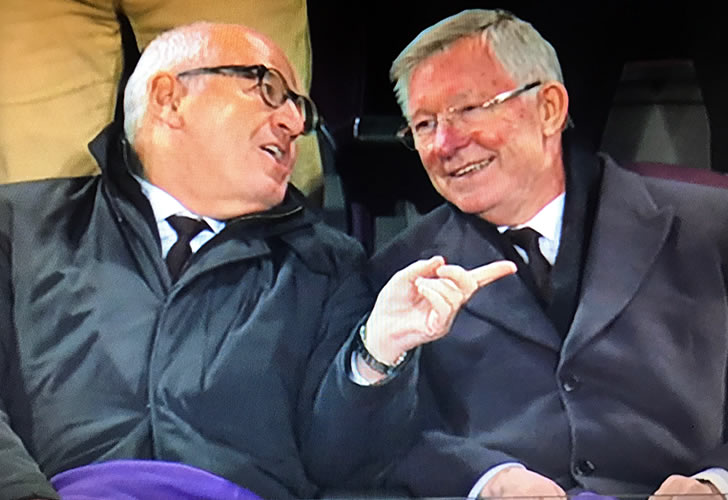 Sir Alex Ferguson was in the stands as Manchester United were pegged back and held to a 1-1 draw by Anderlecht in the Europa League on Thursday night.

The Red Devils headed into the game fresh from their 3-0 win over Sunderland in the Premier League last weekend and looking to continue their good form.

Henrikh Mkhitaryan gave the Red Devils the lead in the 36th minute when he fired home from close range after the ball was spilled into his path, handing the visitors a crucial away goal in the tie.

However, the home side pulled a goal back late on when Leander Dendoncker scored with Anderlecht’s first shot on target in the 86th minute.

Still, former Manchester United manager Ferguson looked to be pleased with what he was seeing as he enjoyed watching the game from the stands in Brussels, albeit before the late equaliser was scored.

Manchester United will now turn their attentions towards their crunch Premier League showdown with Chelsea at Old Trafford on Sunday afternoon.

Chelsea head into the game as the heavy favourites to win the title this season and seven points clear at the top following their sparkling form under new manager Antonio Conte.

Didier Drogba: What I really think about N’Golo Kante at Chelsea