Photo: Winger watches Man United on TV, will he be at Old Trafford next season? 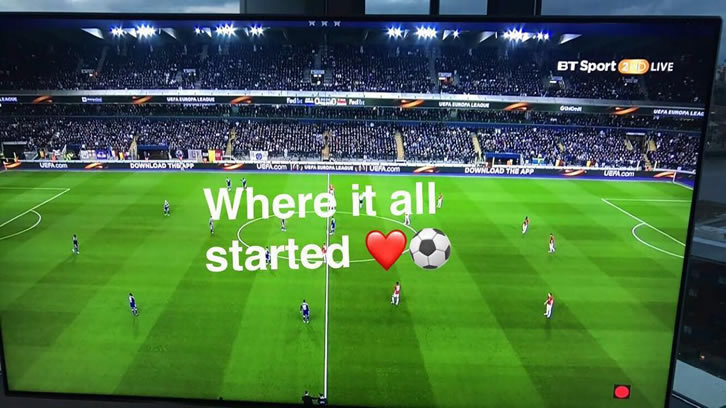 Adnan Januzaj tuned in to watch Manchester United in Europa League action on Thursday night as his future at Old Trafford remains unclear.

The winger has spent the season on loan to Premier League side Sunderland after Jose Mourinho deemed the Belgian to be surplus to requirements at Old Trafford.

It remains to be seen whether Januzaj still has a future under Mourinho at Old Trafford, with the Portuguese coach recently revealing that he has already made a decision about the winger’s future.

However, it seems that the midfielder is still keeping a close eye on proceedings at Manchester United as he tuned in to watch the Red Devils’ 1-1 draw with Anderlecht in the Europa League on Thursday night.

Januzaj posted the picture above on his personal Instagram account on Thursday night and wrote the caption: “Anderlecht – Man United ❤💜‬”

Manchester United are currently gearing up for their crunch Premier League clash against Chelsea at Old Trafford on Sunday afternoon, with the Red Devils fifth in the table heading into this weekend’s games.

Paul Ince: This will be Antonio Conte’s biggest Chelsea test