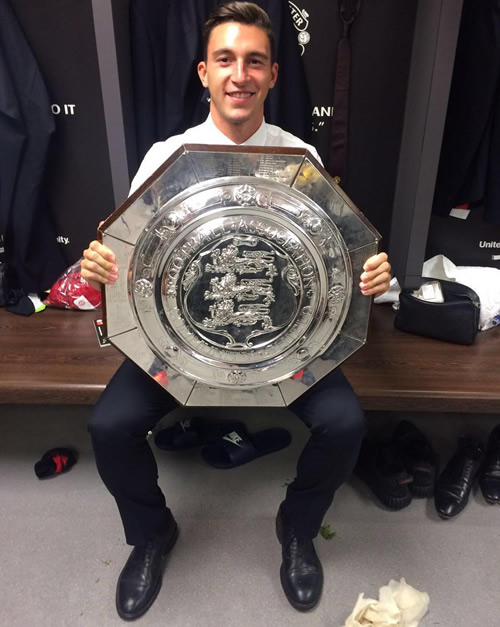 The Red Devils boosted their hopes of finishing in the top four of the Premier League this season with an impressive 2-0 win over Chelsea at Old Trafford on Sunday afternoon.

Manchester United know that they will move level on points with third-placed Liverpool if they win their two games in hand over the Merseyside outfit.

Jose Mourinho’s men are now preparing for their crunch Europa League quarter-final second leg clash at Old Trafford on Thursday night when they welcome Anderlecht to their home ground after the 1-1 draw in Belgium last week.

And Darmian has insisted that the Red Devils are determined to finish in the top four and add the Europa League trophy to their collection this season.

“These kinds of games [the win over Chelsea] give us confidence and everyone is concentrating in this end of the season because we know we play for two big opportunities,” Darmian told MUTV.

“One is the Europa League and the second is to finish in the top four because I think playing in the Champions League is a big objective for next season for us.

“So, we have to fight and try to win as many games as possible.”

Manchester United have already won the EFL Cup this season under new boss Mourinho, who was brought in as Louis van Gaal’s permanent successor last summer.