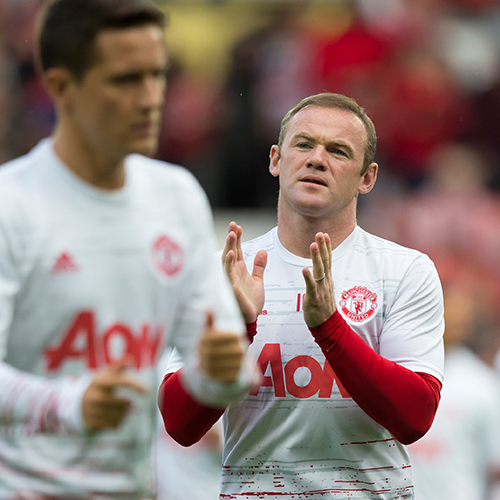 Jose Mourinho believes Wayne Rooney could prove to be a useful player for Manchester United in their pursuit of Europa League glory.

The Red Devils played out a 1-1 draw with Anderlecht in the first leg of their Europa League quarter-final in Belgium last week.

Manchester United eased to a 2-0 victory over Premier League leaders Chelsea at Old Trafford to throw open the title race.

The 20-time English champions will host Anderlecht in the second leg on Thursday night with a place in the last four up for grabs.

Rooney has been sidelined with an ankle problem since a substitute appearance in Manchester United’s 1-1 stalemate with West Bromwich Albion.

Speaking at his pre-match media conference ahead of the visit of Belgian side Anderlecht, Manchester United manager Mourinho said:

“He’s working, he’s improving and, if in this session the answer is positive, I will select him to be on the bench tomorrow.

“His experience, his know-how of this knock-out phase – I think he’s a player that can be useful tomorrow. He can help us.”

Manchester United haven’t won a European competition since a penalty shootout victory over Chelsea in the Champions League final in 2008.

Ex-midfielder: Why I want this Chelsea player to win the double

Pundit sends warning to Tottenham about Chelsea in title race