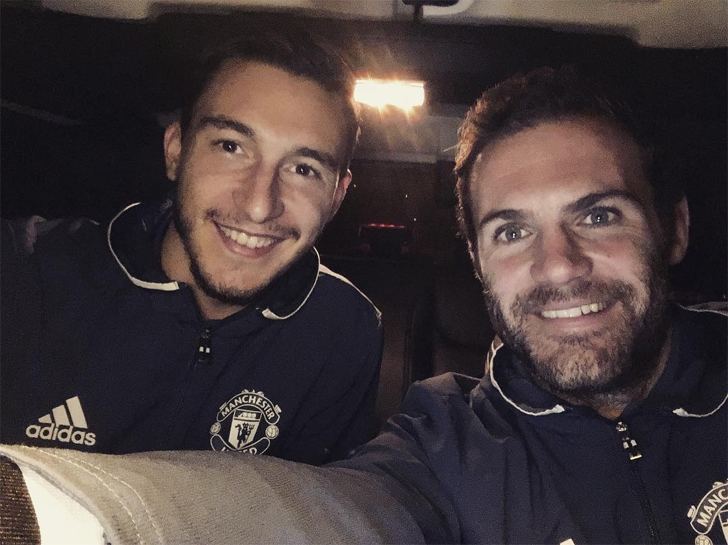 Matteo Darmian has warned his Manchester United team-mates to stay focused as they look to book their place in the Europa League semi-finals with victory over Anderlecht on Thursday night.

The Red Devils had to settle for a point in the first leg after they conceded a late equaliser in Belgium to draw 1-1 last Thursday.

Darmian helped Manchester United record an impressive 2-0 win over Chelsea at Old Trafford in the Premier League on Sunday afternoon.

But Jose Mourinho’s men do not have long to prepare for their European clash against Anderlecht on Thursday night.

And Red Devils defender Darmian has called on his team-mates to keep their focus as they approach a crucial part of the season.

Darmian told MUTV: “We know that it will be a difficult game but we are playing at home in front of our fans and we want to advance into the semi-finals of the Europa League.

“So we have to be focused, with the same attitude, the same attention, the same ambition as today and I think it can be a good night. We have to try to win, which is the most important thing.”

Manchester United are currently in fifth place in the Premier League table but know they will move level on points with third-placed Liverpool if they win their two games in hand over the Reds.