Eugenie Bouchard has labelled Maria Sharapova a “cheater” and says the Russian should not be allowed to play tennis again.

Sharapova beat Roberta Vinci on Wednesday at the Stuttgart Open on her return from a 15-month doping ban.

The five-time Grand Slam champion was suspended in March 2016 after testing positive for meldonium but the Court of Arbitration for Sport said Sharapova was not an “intentional doper” in October 2016.

Bouchard said in an interview with TRT Sport: “She’s a cheater and I don’t think a cheater in any sport should be allowed to play that sport again.

“I think from the WTA it sends the wrong message to young kids: cheat and we’ll welcome you back with open arms.

“I don’t think that’s right and she’s not someone I can say I look up to any more.

“It’s so unfair to all the other players who do it in the right way and are true.” 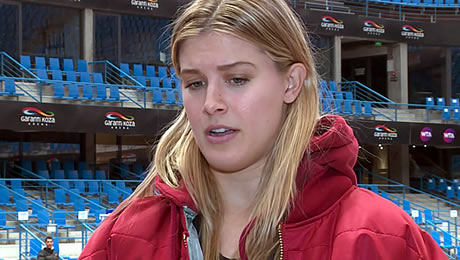 Sharapova does not currently have a world ranking after her points expired during her suspension.