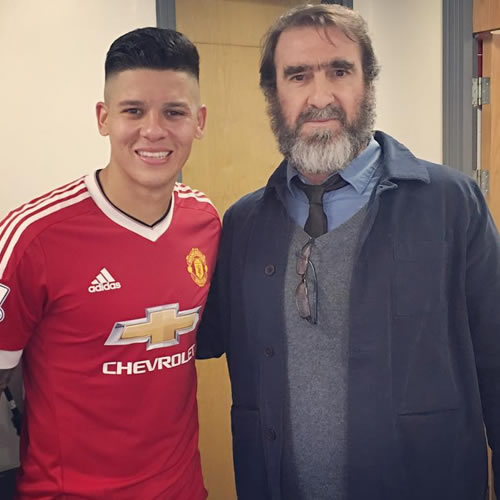 Martin Keown criticised Marcos Rojo for a lack of bravery after Everton drew 1-1 with Manchester United at Old Trafford.

Rojo was pitted against the Premier League’s leading goal-scorer Romelu Lukaku, who had a point to prove after criticism of the centre-forward’s performance at Anfield.

And the Argentinian defender had his hands full as Lukaku caused the Manchester United defence plenty of problems up front.

But surprisingly it was Phil Jagielka who made the breakthrough for the visitors after the Everton captain managed to get on the end of Ashley Williams’s flick-on.

Indeed, the England defender got his right foot to the ball despite Rojo hoovering over the Everton star from the away side’s corner.

Zlatan Ibrahimovic rescued a point with a late spot-kick after Ashley Williams was sent off for a handball.

“Rojo has to be much braver. He gets there and he does everything right but he doesn’t actually throw his head at the ball and that’s what you have to do. You have to be up for it every game,” Keown told BT Sport.

Jagielka’s goal was his first in two seasons since finding the net in a 3-2 loss at Aston Villa at Villa Park back in May 2015.