Mesut Ozil pleads with Arsenal boss Arsene Wenger to do this 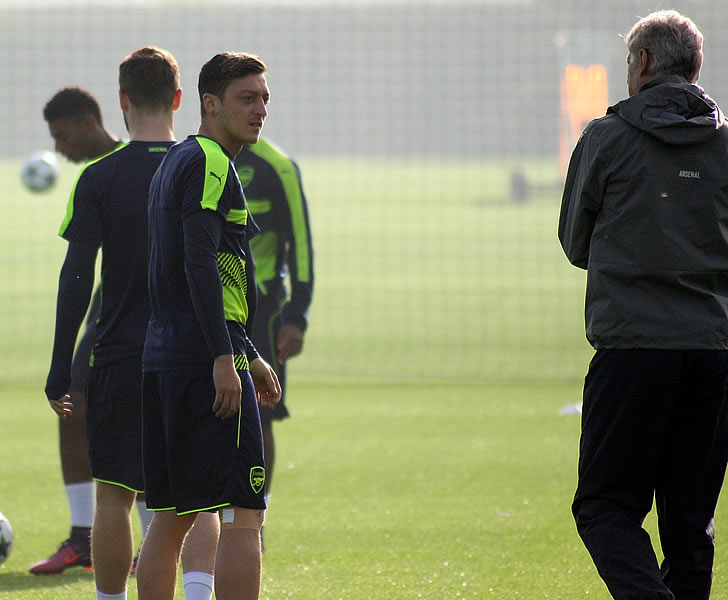 Mesut Ozil has stressed the importance of Arsene Wenger confirming his future plans amid the speculation about his situation at Arsenal.

The Frenchman is yet to confirm whether he plans to stay at Arsenal beyond the summer transfer window, with his current contract set to expire at the end of the campaign.

Wenger has found himself under intense pressure at Arsenal in recent weeks following his side’s stuttering form in all competitions.

The Gunners were dumped out of the Champions League by Bayern Munich and have also dropped out of the top four in the Premier League table.

And Ozil, whose own contract at Arsenal expires next summer, has talked up the importance of Wenger committing his future to the north London club.

Speaking to the Daily Mail, Ozil said: “It’s not just important for me but for the whole club

“It’s important to know if he stays or if he goes. We need to think towards next season.

“He’s very important. In my career I’ve always made decisions not just because of clubs but managers, too. As a footballer, it’s important to have the manager’s trust and believe they can develop you.

“When I went from Madrid to Arsenal, I came for him because I told him at the time he’d be my first option. That was the case. We still have a super understanding today.

“I have his trust, he’s a superb coach. He’s been successful for many years, he’s been here for 20 years and has always manages to get Arsenal to reach the Champions League, making Arsenal a big club. He deserves to be shown respect.”

Arsenal are currently preparing for their Premier League clash against Crystal Palace at Selhurst Park on Monday night.