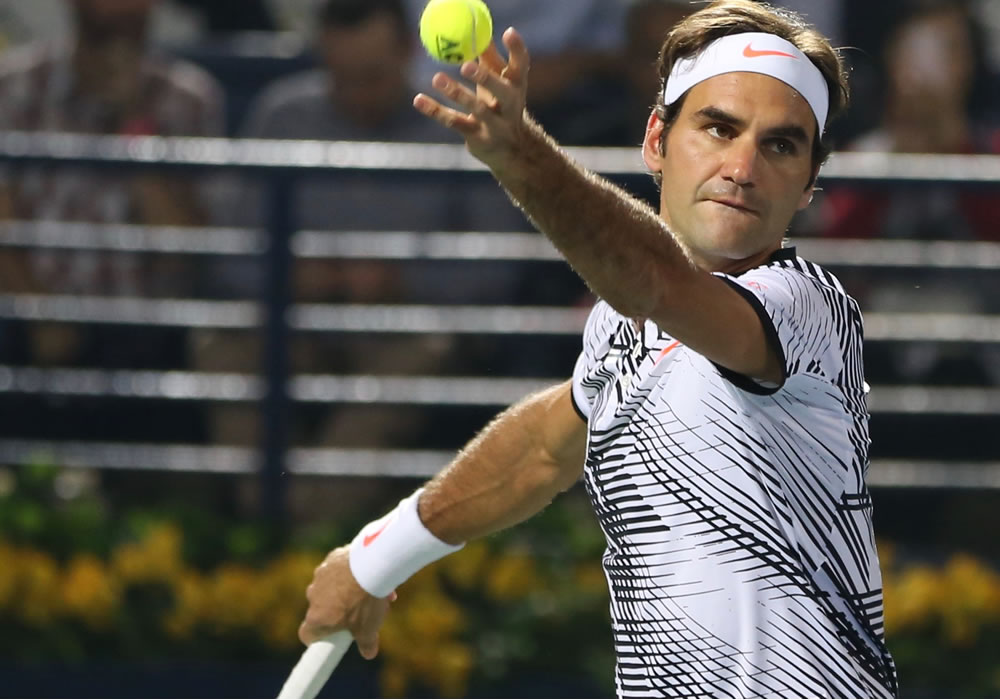 With the rise of Novak Djokovic and then Andy Murray to the top of tennis, 2017 looked set to be a contest between the two 29-year-olds born just days apart. A contest for Majors—they had won three of the four last year—a contest for Masters—seven out of nine last year—and a contest for the No1 ranking—which switched from one to the other at the final tournament of 2016.

For over the last two years, their rivalry had cranked up nicely: seven meetings in 2015, five in 2016, all finals apart from three semis, and all at Majors and Masters.

However, when top seeds Murray and Djokovic lost unexpectedly early at the Australian Open—the first time since the French Open in 2004 that the top two seeds had not reached a Grand Slam quarter-final—the picture changed, and it changed even more significantly after two average results in Indian Wells and their withdrawal with injury from Miami.

Instead, 2017 brought with it something of a deja vu experience: Not the recent Murray/Djokovic duopoly but the Federer/Nadal duopoly of a decade ago.

For Roger Federer and Rafael Nadal, both bouncing back onto the tour after long injury and illness absences, were renewing their own famed rivalry.

But after their Australian Open semi-final in 2014, they would face off only once in three years, in Basel, until renewing that big-stakes, big-match rivalry again this year in Australia, and in the title match no less.

Now, with three months and three of the most prestigious tournaments in the calendar reaching their climax this weekend, here were Federer and Nadal at the business end again, contesting the Miami Open title—just as they had in 2005. Indeed, their rivalry had begun in this very tournament the year before. The teenage Spaniard sailed through that first meeting but Federer got his revenge the very next year, coming back from two sets down to win in five.

Again, as has so often been the case in their 13 years and 36 previous matches, there was plenty at stake.

For a start, this was the first time in the tournament’s 33-year history that two over-30s had contested the title. Nadal turns 31 in June, and only a fortnight ago, Federer, age 35, became the oldest winner of a Master title in Indian Wells.

The Swiss was seeking his third Miami title and with it his third “sunshine double”—one of only two active players to achieve that gruelling Indian Wells-Miami double, along with Djokovic. Nadal was seeking his first Miami title in his fifth final, and if successful, that would take him to a 70th career title.

But although Federer’s headline-making resurgence had beaten Nadal twice this year, the odds seemed to favour the Spaniard in Miami. After Federer’s drama-packed semi-final against Nick Kyrgios, a three-tie-break thriller lasting well over three hours, Federer admitted:

“I feel like there is a mountain to climb in Rafa. He’s not won it yet before, and he’s definitely feeling fresher than I feel right now.”

That Kyrgios match had followed another three-set, final-tie-break thriller of two hours against Tomas Berdych, which followed a two-hour, two tie-break victory over Roberto Bautista Agut. And all that after taking on Juan Martin del Potro in the third round. Nadal, in contrast, had dropped only one set, and quickly overcame his deficit to drop only five more games against Philipp Kohlschreiber.

But the confidence has oozed from Federer since that Australian run, and he talked time again of the pleasure of “playing free”, his special brand of attacking tennis that has seen him taking the ball on the rise, racing to the net even in the slower conditions of Miami, and producing punch and drive on his backhand to add to the flexible variety his one-hander already offered.

The power and penetration of that backhand had neutralised what was always his Achilles heel against Nadal, the leftie’s bounding angled serve to the ad court. But it would take the Swiss time to find the groove in the oppressive humidity and afternoon heat of this final, and it was Nadal who almost drew first blood with two chances to break in the first game.

A timely ace saved the day, and Federer turned on the attack in the fourth game. He too failed to convert two break chances as Nadal cracked open his ever-improving serve.

These were tight, close games, and both faced and resisted break points again in the next four games, but it was the hyper-aggressive Swiss who unlocked a sequence of forehand winners to convert his third chance in the eighth game for 5-3. A quick hold, and he had the set, 6-3, in 48 minutes.

Both men were drenched in sweat and left court to change. Both also took full advantage of the ice collars, but despite the conditions, both started the second set in resilient mood.

Winners were flying from Federer, and Nadal was bullish from the baseline, but the Spaniard was finding it harder to make inroads on the Swiss serve: Federer dropped just four points on serve in this set.

Nadal’s clutch serving helped him survive a 7-minute seventh game, only to suffer a shocker of a net-cord in the ninth followed by a neat lob winner from Federer. That brought up break point, and the now-grooved Swiss backhand did the damage: a break.

The raucous Miami crowd was by now in uproar, but the calmest man among the thousands was Federer—though his opening double fault suggested tension under the skin.

No matter, he did not make another mistake, and served out his third title of the year, his third in Miami, his third “sunshine double”—11 years after the last—6-4.

Nadal summed up what everyone in tennis and beyond was thinking:

“Congratulations Roger. This is one of the best comebacks ever on the tour after injury. Well done.”

And even before Federer’s run in Miami, many pundits were flagging up the possibility of the Swiss reclaiming the No1 ranking by the end of the year. He will be up to No4 tomorrow after facing a near-slip outside the top 30 at the start of the year, and he leads the Race to London by a distance.

But fitness is his prime concern, as he told ESPN on court:

“I’m moving up in the rankings and I just want to stay healthy. When I’m healthy and feeling good, I can produce tennis like this. That’s why taking a break and resting during the clay season and focusing on Roland Garros, the grass and the hard courts after that is best. It would be great to be No1 again, but it’s a long way away.”

Federer has kept his schedule on clay under wraps, pending his results in these opening three months. Now he will surely trim his campaign on the red stuff to target grass and his beloved Wimbledon for another Major.

But for the moment, rest and recovery is the order of the day after winning 19 matches already in 2017, his 50th in Key Biscayne. And it is fair to say that few will deny him that—least of all Nadal, who will hope to ride his own rise in form into the clay swing.