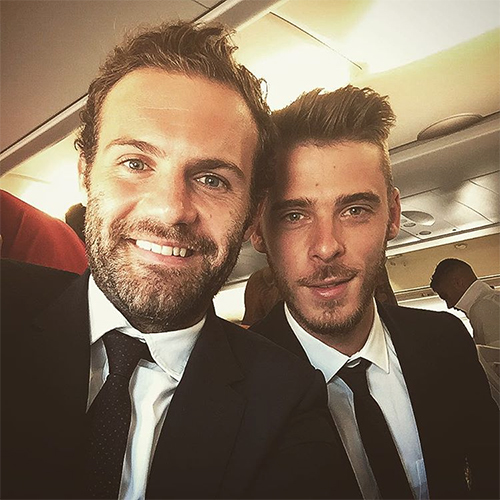 The Spain international has been a key member of the Manchester United team since moving to Old Trafford from La Liga side Atletico Madrid in 2011.

De Gea has been named the Manchester United player of the year in the past three seasons under David Moye and Louis van Gaal.

The Red Devils goalkeeper has been linked with a move to La Liga giants Real Madrid in recent seasons although a transfer has failed to materialise.

Manchester United could face a battle to keep the Spanish number one beyond the end of the 2016-17 season with Real Madrid boss Zinedine Zidane in the market for a new goalkeeper.

Speaking to Sky Sports about who he would include in a Manchester United-Chelsea composite XI, former Southampton midfielder Le Tissier said:

“David de Gea is my goalkeeper as somebody I rate as right up there with the best around.

“It probably helps his cause that United aren’t quite as dominant as they once were. It just goes to show the benefits in keeping faith with young goalkeepers.”

Manchester United are in fifth place in the Premier League table and four points behind Manchester City.

Pundit: Why Chelsea duo have impressed me ahead of Man United clash