When all is said and done, Roger Federer is above all else a family man in the old-fashioned sense 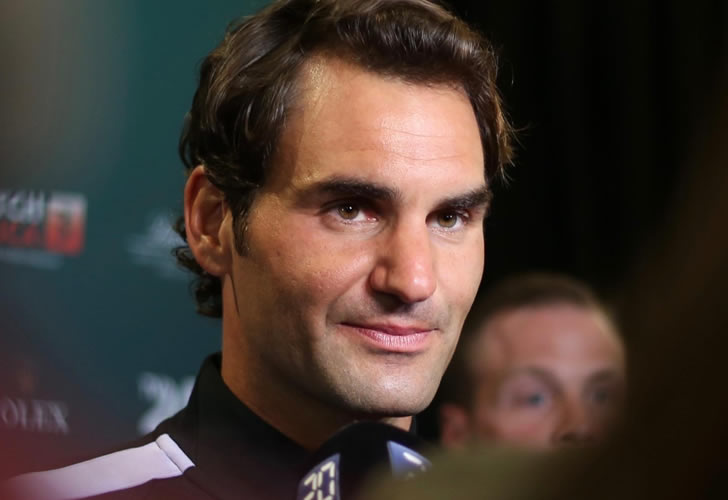 It can often feel as though Roger Federer has more families than the average person.

Perhaps it is, in part, down to the time he has been plying his popular trade on the professional tennis circuit. After all, he won junior Wimbledon 19 years ago, and had won his first ATP senior match by the end of the same year, 1998.

In those early, rising years, he was often playing men long since retired, Grand Slam and Masters champions almost from a different generation: Pat Rafter, Richard Krajicek, Goran Ivanisevic, Andre Agassi—and while still a teenager, he beat Pete Sampras at Wimbledon in 2001.

Fans, fellow players and the media were quickly drawn to the Swiss man’s artistic athleticism on a court and his accessibility and friendliness off it.

By 2003, even before he had reached No1, Federer was being voted the ATP Fans’ Favourite, and no-one else has had a look-in since. The next year he won the first of 12 Stefan Edberg Sportsmanship Awards, chosen by fellow players, and is the only man apart from Agassi to have won the Arthur Ashe Humanitarian Award more than once.

It is also 11 years since the oft-quoted Roger Federer as Religious Experience saw the late David Foster Wallace put into words what other journalists had tried and failed to capture. You can, he said, talk of Federer’s forehand and backhand, his serve and footwork, and yet:

“None of it really explains anything or evokes the experience of watching this man play. Of witnessing, first hand, the beauty and genius of his game.”

Many years later, and Federer has fronted too many press conferences to count: With 1,345 tour matches and 91 titles under his belt—plus assorted charity matches and sponsor events—there have been a good many, and all conducted in three languages.

His most recent, after his Match for Africa 3 fundraiser in Zurich, summed up his continuing drawing power. Radio and TV microphones bristled as crews stood three or four deep down a stretch of 50 metres, and all that before he faced the written press—in English, French and German sections.

After so many years, it would be easy to become jaded, but he takes it all in his stride, continues to make eye contact with each interlocutor, continues to reply expansively, and remains willing to express opinions. And journalists, who certainly know a good deal when they see it, greet him with a handshake, exchange jokes—like old friends, almost like family.

With fans, it is the same. He accepts gifts, signs, takes selfies, exchanges pleasantries with the first-timers and the repeat visitors. Outside hotels, in the street, and for half an hour at a time after tournament practices, this is how it is: a big and voracious family.

But when all is said and done, Federer is above all else a family man in the old-fashioned sense. Perhaps that, too, is part of what draws such dedication from the close and not-so-close circles in his tennis life.

He has been with his wife Mirka almost since junior days—the Sydney Olympics in 2000, to be precise. His parents have been a quiet presence throughout, laying the groundwork, and are still courtside whenever possible—though Federer’s four children, two sets of twins, have ensured Mirka and his parents have their work cut out behind the scenes on the ever-moving tennis roadshow.

And family is very much at the heart of Federer’s Foundation, which he set up in the aftermath of his first Wimbledon win more than 13 years ago. From the outset, he chose South Africa, his mother’s birthplace, as the focus for the growing number of children’s education projects that have now extended to seven different southern African countries.

Thus far, he has raised £23 million to support 650,000 children, and Match for Africa 3 added £1.2 million more—a tally that continues to rise courtesy of a plethora of prizes for donors, including a meet and greet with Federer.

Four members of his family are trustees of the Foundation’s Board, so I wanted to know more about his relationship with South Africa now.

“Yes, I still have family there, but unfortunately I don’t go enough. Thing is, it’s not just around the corner. And I miss it, to be quite honest—and when I do return, it’s a wonderful feeling because…”

He paused for a moment in thought: “You know, it reminds me a lot of my childhood. On vacation, we used to go always in the summer time, we had six weeks off, and we used to always go. So in a way, I miss it, but at the same time, look, I’m trying as hard as I can to get there, and trying to handle the family, trying to handle the tour. It’s busy—but I think that’s why having an event like tonight makes me feel very connected to the area.”

Had he managed to take his children to visit any of the projects yet?

“No, not yet. I wanted to take the girls [who are coming up to eight years old], and then the boys were born [in 2014]—and that called a halt to that idea. But the boys are growing, and hopefully we can go in a couple of years.”

What is less well known about the Foundation’s work are the projects based in Switzerland that focus on extra-curricular activities for children affected by poverty.

Federer explained: “About every 20th child in Switzerland has poverty issues, and we try to really help them socially, in their spare time, to get them integrated into school and so forth, but I also support the sports side for kids where the parents are not so well off, in sports where maybe things are not as easy as in soccer or tennis where things are quite well organised and well run. 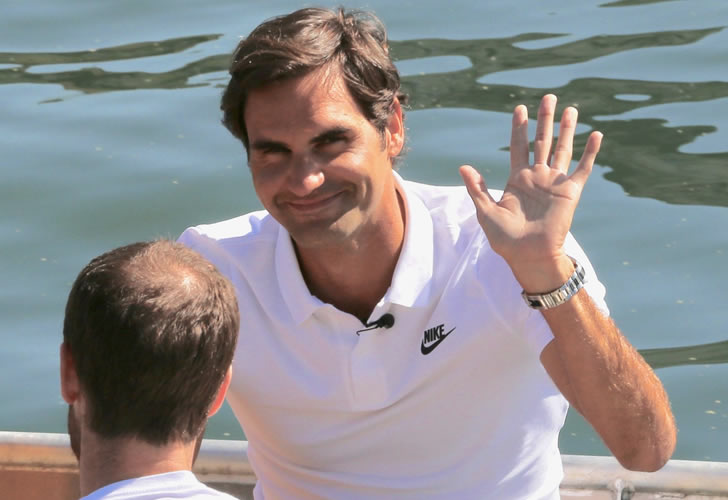 “I used to be supported in the same way when I was a child, so today I support more than 30 kids as well, and about 10 percent of everything we make stays in Switzerland.”

Having launched his idea for the Foundation while little more than 21 years old, Federer admits it has been a long learning process, since all the work in Africa is carried out in conjunction with non-government organisations and local communities.

“Today I’m more experienced: Still far away from being an expert but I have great people around me to advise, and my big goal is both to see the projects and show my donors that I truly care. I have big Foundation matches, have to take care of major donors [Bill Gates is partnering Federer in Match for Africa 4 at the end of the month], come up with my own money, and see how I can put it to good use.

“Things have changed drastically in the last 15 years, and we have such big goals, but it is still a family Foundation, so I’m very proud and happy.”

He has every reason to be, of course. Now, he has time to rest and recover from an unexpectedly demanding comeback from injury that netted the three big titles so far this year: the Australian Open, then the ‘sunshine double’ in Indian Wells and Miami.

He can kick back in the oasis of privacy and peace afforded by his home city of Zurich where, he often explains, the Swiss community—his local family—lets him and the three generations of close-knit Federers go about their lives undisturbed.

There is, it seems, a lot to be said for keeping all your families happy.