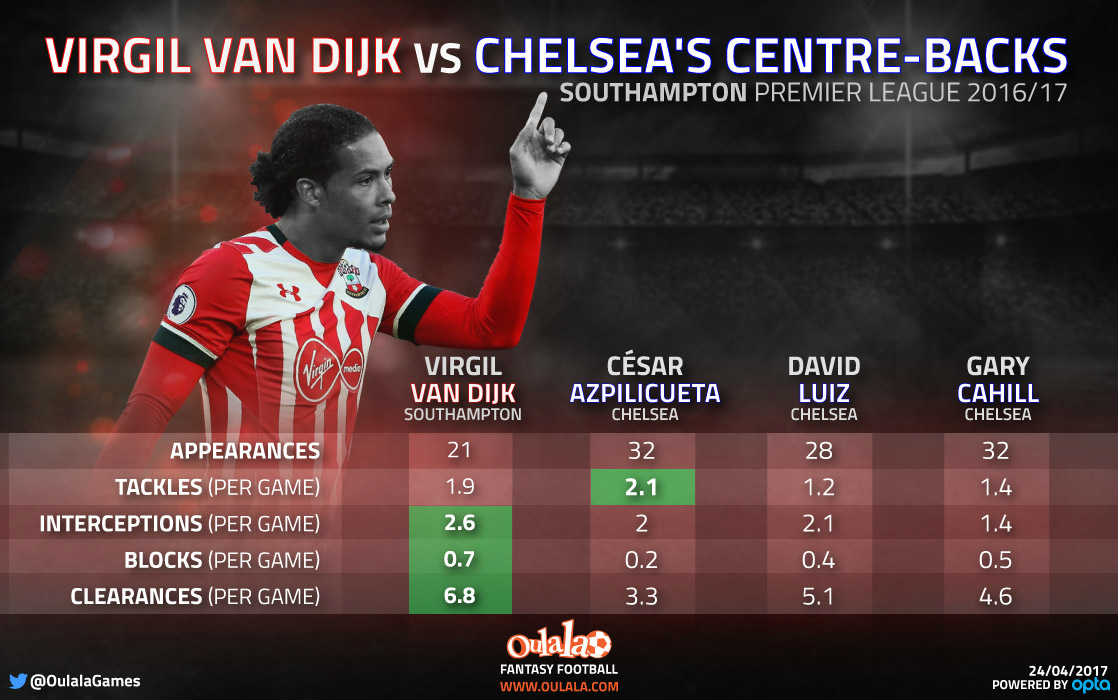 Virgil van Dijk is at the top of Antonio Conte’s transfer wishlist, according to reports in the British media.

The Daily Mirror reported on Monday that the Netherlands and Southampton defender is Chelsea’s top target ahead of the summer transfer window.

Fantasy football website Oulala have taken a look at Van Dijk’s stats to see whether he would command a place in Conte’s team ahead of Chelsea’s three centre-halves.

Van Dijk’s season-ending knee injury means that the Dutch star has made less appearances than the Chelsea trio in the current campaign.

The Southampton defender has made 2.6 interceptions per game, which is easily better than Azpilicueta, Cahill and Luiz.

Van Dijk comes out on top when it comes to blocking – too. Van Dijk has averaged 0.7 per game ahead of Cahill on 0.5.

The Chelsea target dominates in terms of clearances per game with 6.7. Luiz is the best of the Chelsea centre-halves with 5.1.

At the age of 25, Van Dijk looks like a natural (and long-term) replacement for John Terry, who will leave Chelsea at the end of the season.