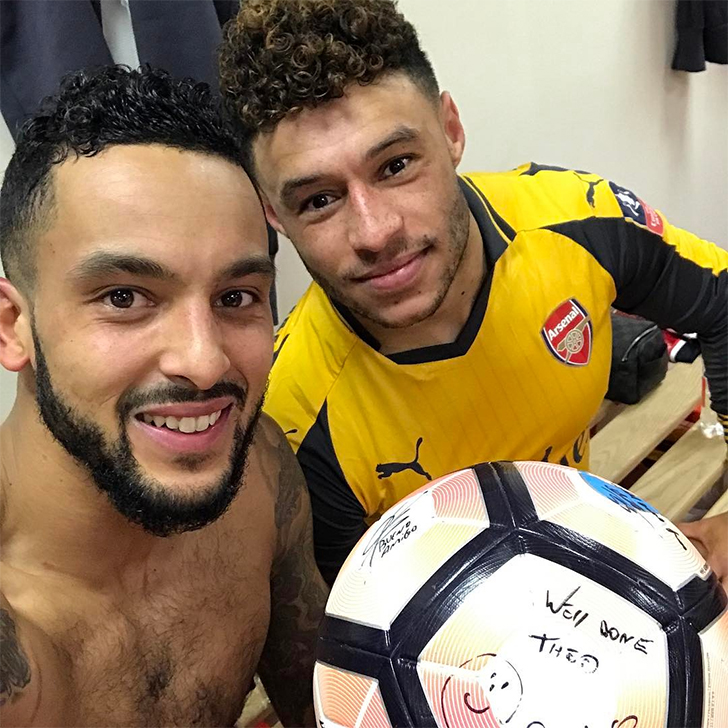 Theo Walcott has shed light on the disappointment amongst the Arsenal squad after Monday night’s 3-0 loss at Crystal Palace.

The north London side appeared to kick-start their top-four bid with a 3-0 victory over West Ham United at the Emirates Stadium.

Mesut Ozil, Walcott and Olivier Giroud got on the score sheet in that London derby win but Arsene Wenger’s side came unstuck at Selhurst Park.

Former Tottenham winger Andros Townsend broke the deadlock in the first half before Yohan Cabaye extended the home side’s lead with a 63rd minute before Luka Milivojevic sealed a 3-0 win for Sam Allardyce’s men.

Arsenal remain in sixth place in the Premier League table and seven points behind fourth-placed Manchester City having played one game less than the Citizens.

Speaking to Sky Sports after Arsenal’s surprise loss to Palace, stand-in captain Walcott insisted that the Gunners players were bitterly disappointed with their performance in the dressing room after the derby loss.

“”That wasn’t us tonight. We are all disappointed in the changing room, like the fans are – we let them down,” Walcott said.

“We don’t go out there to lose games, we work the best we can. Tonight it didn’t happen. We can only apologise.”