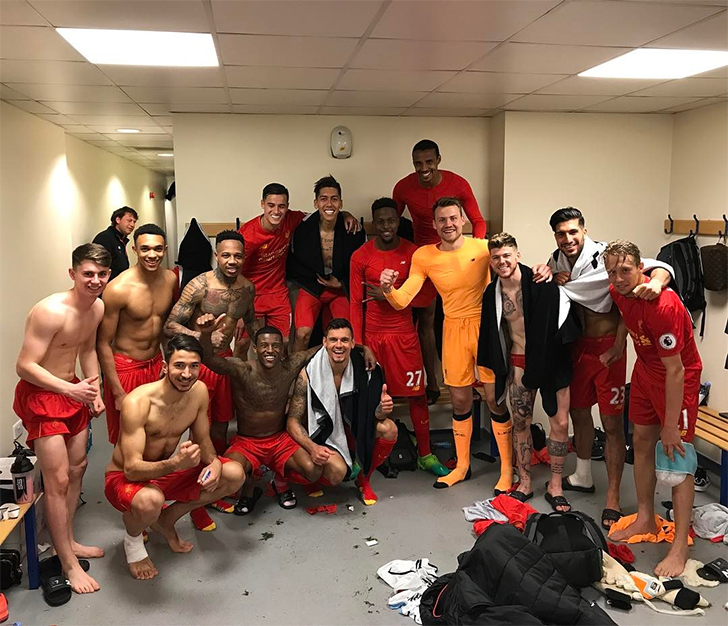 Roberto Firmino was all smiles with his Liverpool team-mates in the dressing room after the Brazilian scored the winner in a 1-0 victory at West Brom.

Jurgen Klopp’s side were looking to record back-to-back Premier League victories on the road and bolster their chances of finishing in the top four.

But the former Hoffenheim man made amends on the stroke of half-time when Firmino got on the end of Lucas Leiva’s flick-on from a free-kick to place his header past the West Brom goalkeeper.

James Milner wasted a great chance to make it 2-0 but fired over the crossbar with his goal at his mercy before Matty Phillips was denied by Simon Mignolet in the second half.

And Liverpool defender Lovren posted the above photo on his Instagram page and wrote the following caption:

Liverpool will host West Ham United in their next Premier League game at Anfield.