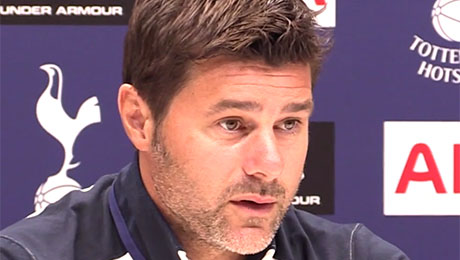 Mark Lawrenson is backing Tottenham Hotspur to keep up the pressure on Chelsea by beating Bournemouth 3-0 at White Hart Lane on Saturday afternoon.

The Lilywhites head into the game looking to continue their brilliant recent form, with Mauricio Pochettino’s men currently second in the table and seven points behind the leaders.

Spurs have the chance to close the gap to Chelsea down to four points by beating Bournemouth this weekend, with the Blues not in action until Sunday afternoon, when they travel to Old Trafford to take on Manchester United.

And former Liverpool star Lawrenson is not expecting the Lilywhites to have any problems against Eddie Howe’s men at White Hart Lane on Saturday lunchtime.

Writing in his column for BBC Sport, Lawrenson said: “Tottenham just swatted Watford away last week to make it six league wins in a row and I cannot see Bournemouth stopping them from making it seven.

“The Cherries stayed unbeaten in March to climb away from the relegation zone and posed Chelsea a few problems in their last match, but I still watched that thinking that a Blues win was inevitable.

“It will be the same story against Spurs this time. Bournemouth are lively coming forward but under sustained pressure they do not look like they have enough defensively to hold out.”

Tottenham are aiming to finish in the top four for the second season running after Spurs ended up third in the table last season.

The Lilywhites were dumped out of the Champions League at the group stage this season, however,

Danny Murphy: What Man United are lacking ahead of Chelsea clash