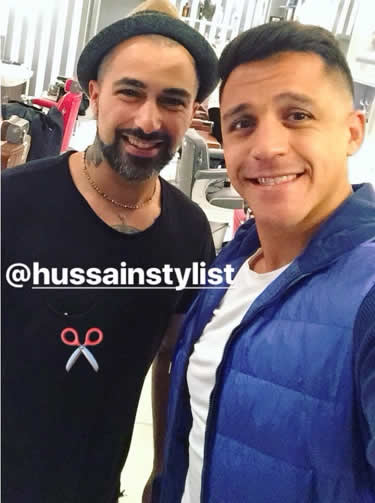 Alexis Sanchez has taken to media to show off his latest trim as Arsenal prepare for their crunch Premier League clash against Manchester United on Sunday afternoon.

Sanchez and his Arsenal team-mates have had a week to reflect on the disappointment of their 2-0 loss to Tottenham Hotspur in the Premier League last weekend.

That result left Arsenal’s hopes of a top-four finish in the Premier League in serious doubt, with Arsene Wenger’s men currently sixth in the table.

Arsenal will need to beat Manchester United at The Emirates on Sunday afternoon if they want to keep alive their faint hopes of Champions League qualification.

And Sanchez will be hoping his fresh haircut can help to clear his mind ahead of Sunday’s showdown with Jose Mourinho’s men.

Sanchez shared the picture above on his personal Instagram story and posted a tribute to his barber.

Arsenal and Manchester United played out a 1-1 draw when the two sides last met in the Premier League at Old Trafford earlier in the season.