Photo: Ander Herrera catches up with rival over dinner after Man United draw 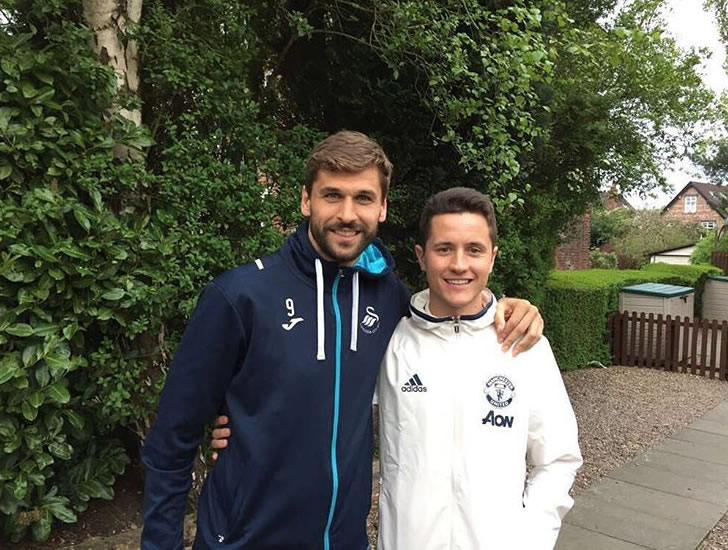 Ander Herrera was all smiles as he posed for a picture with Fernando Llorente after Manchester United’s 1-1 draw with Swansea on Sunday.

The Spanish midfielder played the full 90 minutes at Old Trafford as Jose Mourinho’s men were pegged back and held to a frustrating Premier League draw.

Wayne Rooney put the Red Devils ahead from the penalty spot in the first half but Gylfi Sigurdsson levelled with a brilliant free-kick in the 79th minute.

The result left Manchester United in fifth place in the table as the race for Champions League qualification hots up.

However, Herrera still seemed pleased to be able to catch up with his former Athletic Bilbao team-mate Llorente after Sunday’s game as the pair headed out for a bite to eat in Hale.

Swansea striker Llorente posted the picture above on his personal Instagram account and wrote the caption: “Glad to see you again! 👍🏻”

Herrera will be hoping to feature for Manchester United when the Red Devils return to Europa League action on Thursday with a semi-final clash against Celta Vigo.