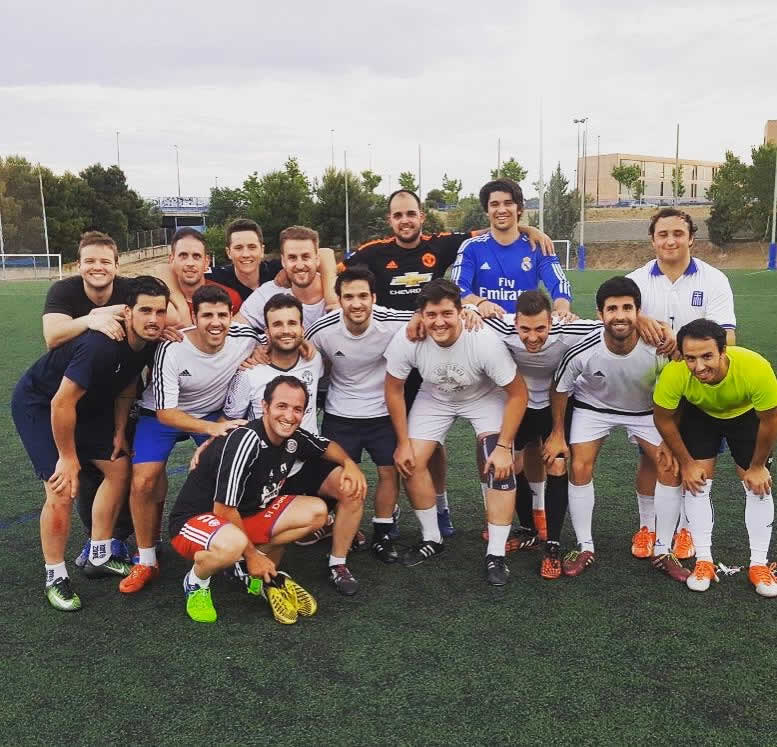 Ander Herrera has been enjoying some time away from Manchester United duty after helping the Red Devils win the Europa League last week – by having a kickabout with his friends in Spain.

The Spanish midfielder enjoyed a strong season under Jose Mourinho this term and was named the man of the match as Manchester United beat Ajax in last week’s Europa League final.

Herrera is a popular figure amongst Manchester United fans, and the Spaniard was named as the team’s player of the year.

The midfielder has jetted back to his native homeland to unwind after a gruelling season.

And Herrera was all smiles as he posed for a picture with his mates before a casual kickabout.

He shared the picture above on Instagram and wrote the caption: “The singles versus the marrieds ⚽️ #vayabanda”

Herrera has been linked with a possible summer transfer move to Barcelona in recent days.

Manchester United finished sixth in the Premier League but won the EFL Cup and Europa League this season.