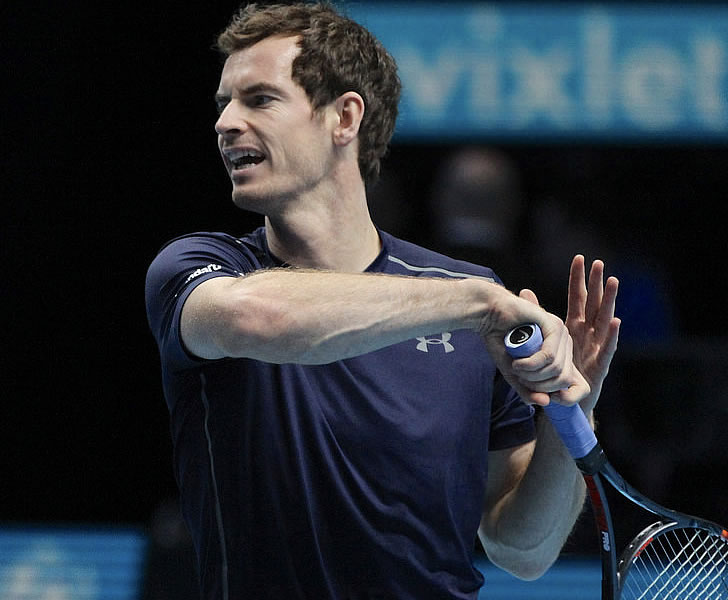 The Rome Masters has invariably coincided with the birthday of Andy Murray, but last year, his 29th, was just a bit more special than usual. He won his first title in the Italian capital, and that was just the start of what would become a ground-breaking 30th year for the Briton.

Little wonder that, before that 30th year had played out, he had been honoured as one of the youngest recipients of a knighthood.

He shone, of course, long before he actually made it to the top of the pile in one of the most mentally and physically challenging of sports, and in an era that has produced three of the all-time greats of tennis: Roger Federer, Rafael Nadal and Novak Djokovic.

Murray reached his first main-tour final at 18, won his first title age 19, won two Masters and made the final of the US Open as he turned 21, as well as beginning a run at Wimbledon that would never fall short of the quarters and would deliver two titles.

But last year was his most remarkable season yet. It began with his fifth final at the Australian Open and ended with his first World Tour Finals title in London, which clinched the year-end No1 ranking.

In between, he played more matches than anyone else and won more, too: 78 from 87. He won more titles, nine of them, from more finals, 13. And those finals included three Grand Slams and five Masters. Not only did he win that second Wimbledon title but became the first to win a second gold at the Olympics.

Along the way, Murray enjoyed two 22+ winning streaks, one beginning with a record fifth Queen’s title, the other extending to 27 in the final at Doha this year.

All nine of his titles came after he hit the clay in May, after which he reached the final of 12 of the 13 tournaments he entered.

And he did all this after taking more than a month off the tour to enjoy the birth of his first child in February.

What’s more, Murray, one of sport’s most unstarry champions, has lent his support to countless charities throughout this career. Most recently, he launched an annual funder-raiser, Andy Murray Live, in Glasgow, he is a UNICEF Ambassador, has taken part in numerous events in aid of cancer-related charities, and this spring he joined Federer in Zurich to help raise money for the Swiss star’s Foundation.

So while it may have taken time for the British public to take Murray to their heart, just as it took Murray time to win his nation’s biggest title, Wimbledon, he is now appreciated for the modest, witty and generous individual that he is.

On his 30th birthday, then, here are 30 of the achievements that have marked Sir Andy’s winning career.

4) At age 17, he became Britain’s youngest ever Davis Cup player in 2005, winning a doubles rubber with David Sherwood against Israel

First British man since Fred Perry in 1936 to win singles titles at:

His victory over Novak Djokovic for his first Major title

11) equalled longest US Open singles at 4hrs 54mins, and

14) His 2009 match against Stan Wawrinka was the first to be entirely played under Wimbledon’s roof: he won in 5 sets and made his first semi there

19) Semi-final win over Milos Raonic in 2016 was longest ever match played at WTFs, 3hrs 38 mins. NB Round robin win over Kei Nishikori in same event was second longest, 3hrs 21mins

20) In 2015, joined Djokovic, Federer and Nadal as the only players to reach the semis or better at all nine Masters tournaments

27) First tennis player to be knighted

28) One of only nine tennis, players, men or women, to win the Junior Orange Bowl championship twice in its 70-year history

29) Was only second man in the Open era to appoint a woman, Amelie Mauresmo, as his coach

30) In Roger Federer’s ground-breaking 92-5, 12-title season of 2006, teenager Murray was only man besides Nadal to beat Federer, at Cincinnati, breaking the Swiss man’s 55-match-winning streak on hard courts.