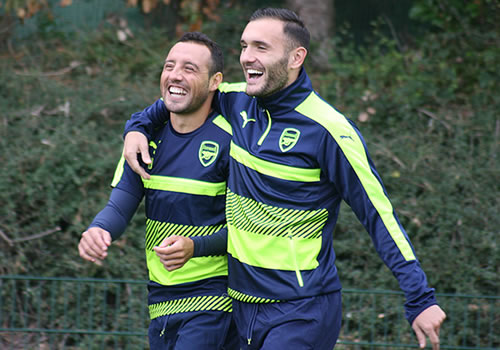 Ian Wright has revealed that he is a huge admirer of Lucas Perez and wishes he had seen more from him at Arsenal this season.

Arsene Wenger brought the Spanish striker to The Emirates from Deportivo La Coruna last summer as the Frenchman bolstered his strike-force.

However, the 28-year-old forward has found his first-team opportunities to be severely restricted this season, with the forward only having made two Premier League starts due to form and fitness issues.

Former Arsenal star Wright is clearly a keen admirer of Perez and would like to see him given a chance to impress at The Emirates.

Asked for his opinion on Perez, Wright told BT Sport’s Premier League Tonight show: “I’d love to have seen him play more. He’s got something. I like him a lot.”

Arsenal are currently gearing up for their Premier League clash against Southampton on Wednesday night.

The Gunners could still end the season with a trophy as they bid to beat Chelsea in the FA Cup final at the end of the month.

Pundit: Chelsea could lose ’30 per cent’ of their team this summer