Arsenal have completed their final training session before their Premier League trip to Stoke on Saturday. Here are the best photos

Alexis Sanchez was pictured sharing a joke with Per Mertesacker as Arsenal completed their final training session ahead of their Premier League clash with Stoke on Saturday night.

The north London side were put through their paces at their training base as Arsene Wenger’s men gear up for their crunch clash at the bet365 Stadium.

Mertesacker has not made a single appearance for Arsenal this season after picking up a knee injury last summer but has been pictured in training in the last few weeks.

The German was snapped enjoying a joke with Sanchez and striker Lucas Perez during Friday morning’s training session.

Also pictured in action during the training session were the likes of Mesut Ozil and Danny Welbeck, while Arsenal legend Robert Pires was also snapped chatting to Gunners boss Wenger.

Arsenal know that a win over the Potters would move them to within one point of fourth-placed Liverpool, who travel to West Ham on Sunday. 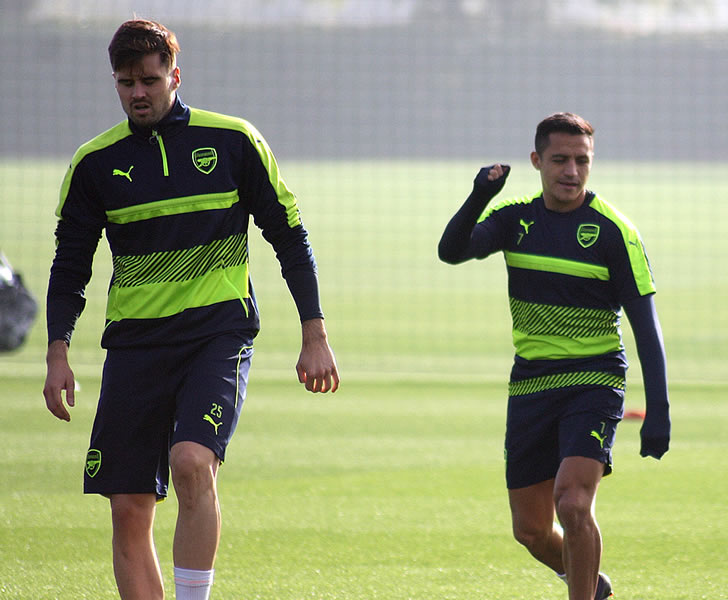 Here are some of the best pictures from Arsenal’s latest training session.