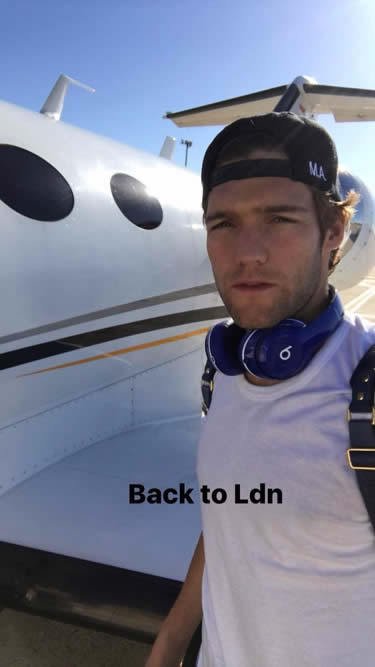 Marcos Alonso was living the high life this week as he took a private jet back to London after enjoying a break at a mystery destination.

The Chelsea defender has been one of the Blues’ top performers this season following his transfer to Stamford Bridge from Fiorentina last summer.

Alonso played the full 90 minutes as he helped Chelsea take a step closer towards winning the title with a 3-0 win over Everton last weekend.

The defender will be expecting to start when the Blues return to Premier League action with a crunch clash against Middlesbrough at Stamford Bridge on Monday night.

Chelsea are currently four points clear at the top of the table but that lead could be cut down to just a point if Tottenham beat West Ham at the London Stadium on Friday night.

And Alonso looked to be in good spirits as he snapped a selfie before boarding a private jet back to London from a sunny location, and sharing it on his personal Instagram story.

Chelsea are chasing a domestic double this season and will take on Arsenal in the FA Cup final later this month.